Police: So. Farewell then Bystander... 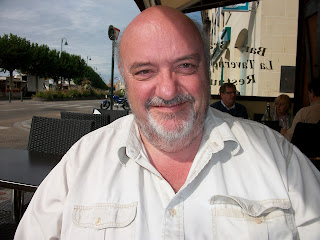 We're very sorry to say that Bystander (real name Richard Bristow) died at Stoke Mandeville on June 4, aged 70. He was a Justice of the Peace at Uxbridge from 1985 to 2016,  and was the first chairman of the West London Local Justice Area. He'll be sadly missed by family and friends, but not by the villains of Uxbridge, Ealing and Hounslow.
He was fond of quoting this passage from the Seven Ages of Man speech:
And then the justice,
In fair round belly with good capon lined,
With eyes severe and beard of formal cut,
Full of wise saws and modern instances;
And so he plays his part.

Police: Back to the Ranch

on the 13th April 2017 at 23:54 - A Police Blog
Comments and Reactions
In the six months since my retirement from the bench I have not had cause to visit the courthouse. This week, however, I volunteered to show some local people around the building, and I was agreeably surprised to find that I still remembered the pass code for the car park. Our visitors were very interested and full of questions, which reminded me of my very early days as a JP when I found out just how little people knew about the court and its workings. That was a prime reason for my starting a blog a decade ago.

on the 09th February 2017 at 21:32 - A Police Blog
Comments and Reactions
A friend recently asked me to cast an eye over a summons she has received for a speeding offence. She was going too fast for a speed awareness course or a fixed penalty, and was duly reported. She is going through the Single Justice Procedure, which is a new one on me, but I expect that it consists of one JP sitting alone with a clerk, dealing with the simpler cases. In days gone by I used to sit alone on Saturdays when I could usually expect about ten or fifteen cases, mostly remands or discharges. My maximum power was a penalty of one pound or one day's imprisonment, which could fill the bill for he usual overnight drunks and nuisances. The real work was deciding on bail, and that is a serious matter when you are on your own.
I shall be interested to see how the new procedure works in practice; no doubt my one-time colleagues will be able to fill me in.

on the 21st January 2017 at 12:23 - A Police Blog
Comments and Reactions
There was a news item this week about the sentencing of some people who organised dog fights, with large sums wagered on the result. I saw one such case a few years ago, and it needed a strong stomach to look at the evidence. The fight took place in an abandoned farm building and at the end the whitewashed walls were heavily bloodstained. We simply remanded the two defendants, and my colleagues sentenced them a few weeks later after reports were prepared. The aggravation was considerable; organised for money, dogs had to be destroyed, and so on so. They received the maximum six months each and were banned from keeping animals for ten years. In this latest case numerous social-media comments have complained that the six month sentence was not enough, but as usual that raises the question of just how long is enough? All sentences have to fit into the scale somewhere; for example can it ever be right to impose a higher penalty for cruelty to animals than to people?

Police: In The Nick

on the 26th December 2016 at 10:40 - A Police Blog
Comments and Reactions
Prisons are in the news again, following recent outbreaks of disorder. This is an excellent piece from the Telegraph

I have been to Hollesley Bay a couple of times; it had a completely different culture from closed prisons such as the Scrubs, with a target of getting inmates ready for work on release.

on the 07th December 2016 at 16:56 - A Police Blog
Comments and Reactions
The Supreme Court is now considering a crucial case that will clarify the power of the judiciary vis a vis that of Parliament. Many of the country's finest legal minds will focus on this matter, and a verdict will be handed down. In the long tradition of European matters dividing our nation, some unscrupulous parties are attempting to discredit the Courts, in particular by focusing on individual judges and any perceived bias they may have. This is an appalling piece of vandalism, the worst offender being the Daily Mail. Recently that paper has given space to the risible Ian Duncan Smith, a failed Tory leader.  IDS' opinion reminds us how lucky we were to be spared his presence in Downing Street.

He repeats the now-customary jibe that judges are unelected. Of course they are, but then so are brain surgeons and airline captains, and we expect and receive a professional and disciplined service from them. Electing judges would fatally damage the public's confidence in the judiciary's utter impartiality.

We are blessed with a judiciary that is incorruptible, and...

Police: Out of The Ordinary

on the 22nd November 2016 at 21:05 - A Police Blog
Comments and Reactions
The right-wing fanatic who is accused of the murder of Jo Cox MP has opted not to give evidence nor to call any witnesses in his defence. The jury will be directed by the judge as to how to deal with this.

This is a situation that I have only faced a few times in court. We gravely retired to consider, and I took the bench carefully through the decision making process as if we were assessing a real defence. We then took great care to prepare our reasons for our blindingly obvious decision, reading them out slowly and carefully before handing them down to the Clerk for the file. It all felt a bit unreal, but it is in odd cases such as these that everything has to be done just so.

Guilty it was then, to no one's great surprise.

on the 22nd November 2016 at 20:45 - A Police Blog
Comments and Reactions
According to the news on my radio today there are calls to make the wearing of military decorations that have not been legitimately earned punishable by imprisonment and/or a fine. Of course we must treat our old soldiers with dignity and respect their awards, but is this really a sensible use of the scarce and costly prison system?

Since I joined the Bench in 1985 the prison population has soared to its current 85,000 or so. Posing as a decorated old soldier is more sad than evil, and there is no tangible victim involved. Expose the perpetrators in their local paper for the pathetic poseurs that they are, but prison? No.

on the 15th November 2016 at 12:19 - A Police Blog
Comments and Reactions
I am afraid that my mind has slipped off matters legal today, since my new granddaughter Martina was born at 1am GMT  today, in Bogota, Colombia. Congratulations to parents Matthew and Tata.

Police: Fancy Having A Go?

on the 09th November 2016 at 22:07 - A Police Blog
Comments and Reactions
The MoJ's planning for recruitment to the bench is no better than their usual planning, unfortunately. When I was sworn in in 1985 I became one of about 29,000 JPs in England and Wales; today the Bench is more like 19,000 strong, the drop being largely due to the increase in out-of-court disposals such as fixed penalties and cautions. In the meantime numbers have gone up and down, and during the years of amalgamating benches just over five years ago there was a virtual freeze on recruitment for some time. Now the system is struggling to recruit enough JPs to do the job. Nowadays, the biggest obstacle is the reluctance of many employers to allow JP employees time off. This even applies to public services such as the fire brigade, who used to be known for being relatively generous with time off for public service, but are now more niggardly.

I shall not fill the blog with the minutiae of how to apply, because the website  (www.gov.uk)  is very good, but I can say that if you are even slightly interested in the justice system you should consider applying. I wouldn't have missed it for the world, and your chances are probably better than you would expect

So. Farewell then Bystander...
Back to the Ranch
New(ish) Stuff
Dog Days
In The Nick