My definitive guide to the fit on the Magnum range has proved to be one of our most popular blog posts and clearly helpful for you guys, so I’ll continue to update it.Â  Since 2014 when I last posted the Magnum range continues to change year on year, so here’s our feedback on the fit for Magnum’s latest offerings, based upon our experience here in Cop Shop UK offices, and the â€˜feet onâ€™ experiences of our local Kent officers.

As ever, the Magnum range continues to evolve and develop with new technologies, and as ever foot shape can have a big impact on the comfort of a boot, even if you have picked the top-of-the-range Magnum with luxury footbeds and memory foam. For those lucky enough to be able to visit us at our warehouses in Ramsgate, come on down, thereâ€™s never a better alternative to trying a few different styles on!Â  For everyone else, I hope this helps you out â€¦

First of all we can’t create a boot blog without mentioning the Panther (8″...

Police: LED Lenser torches are brilliant, but which one should I choose â€¦

LED Lenser torches are now pretty well established as the torch of choice for security and law enforcement officers, certainly one of our local Forces has bitten the ‘we need a decent torch’ bullet and issued a chunk of their officers with the P7.2, so it seemed like a good time to pen one of my popular overview guides to the brand, in a bid to help our customers make the right choice.

The LED Lenser range is now pretty big, and specification, price and style ranges significantly.Â  What all LED Lenser torches have in common, and one of the reasons they are so popular with our customer base, is that they take AAA batteries.Â  Seems like a minor point?Â  Not if you’re replacing costly Lithium batteries at up to Â£5 per battery every month it’s not.Â  AAA batteries and their rechargeable counterparts are cheaper and more easily accessible, reducing running costs considerably. Â The second thing all LED Lenser torches have in common is build quality – LED Lenser are so...

We’ve been selling Magnum boots for nearly a decade now, and over the years Magnum have dabbled with a tactical or patrol clothing range to run alongside their ever popular patrol footwear, but this is the first time we’ve really seen what could be described as a comprehensive quality range of garments from Magnum – it will be interesting to gauge our officer’s reaction to the range, but here are a few of the early front runners for us …

Magnum Base Pack (3 pack of socks) – Bound to be a winner with a footwear range as popular as Magnums – these Base Packs are reasonably priced, subtly branded, and have already proved to be a no-brainer when thrown in the shopping basket with a new pair of boots.

Magnum Dragon Waterproof Breathable Jacket – compared to the alternatives we currently sell in the tactical market, I have to say that at Â£53.99 the Magnum Dragon is an absolute steal.Â  A perfect jacket to keep in your patrol bag as a smart uniform layer in bad conditions.Â  Very impressed with this one.

It’s been almost three years since I posted my definitive guide to the fit on the Magnum range, and it proved to be one of our most popular blog posts.Â  Since 2011 the Magnum range has changed drastically, so I thought it high time to re-visit this theme and give my opinion on the fit for the new wave of Magnums, based upon our experience here in Cop Shop UK offices, and the ‘feet on’ experiences of our local Kent officers.

As ever, the Magnum range continues to evolve and develop with new technologies, and as ever foot shape can have a big impact on the comfort of a boot, even if you have picked the top-of-the-range Magnum with luxury footbeds and memory foam. For those lucky enough to be able to visit us at our warehouses in Ramsgate, come on down, there’s never a better alternative to trying a few different styles on!Â  For everyone else, I hope this helps you out …

The Stealth Force range which was widely loved by those with a wider foot has now been discontinued in all...

Police: The New LED Lenser P7.2 â€“ All Round Brilliance!

UPDATE: The new LED Lenser T7.2 is now available as well, featuring pretty much the same spec as below but with a few minor additions.

The P7 (and T7) have been extremely popular amongst our police and military customers, so I suppose it was inevitable that LED Lenser would eventually release a new version of the classic design. And here it is, theÂ LED Lenser P7.2, and very nice it looks too. The same recognisable shape, very slightly larger, some rather attractive red detailing around the head and tail, and a hefty 60% increase in light output!

Here is what LED Lenser have to say about it:

The new LED Lenser P7.2 redefines performance,Â engineering excellence and desirability. From theÂ inside out every aspect of this professional lighting instrument, an evolution of our ever popular P7, has beenÂ intricately re-evaluated to deliver an increased level of performance that sets it apart from the crowd.

Police: Is there something missing in the Magnum range?

We’re getting a lot of faithful Magnum customers asking for recently discontinued styles, such as the much loved Magnum Stealth Force boot range (Stealth 8″ side zip, Stealth 8″ leather and nylon) and the Magnum Spider boots.

Unfortunately all but a few unpopular sizes are now gone forever, although Magnum have retained the Stealth range in its 4 safety styles – Magnum Stealth 8″ and 6″ CT CP and Zip CT Wpi. For those not wanting a safety toe cap though, it’s either the Magnum Panther or Classic, which are competitively priced but do come in slightly under the spec of the defunct Stealth and Spider ranges, or the new Magnum Cobra range, which are fully waterproof and on par or above spec and priced around the Â£80-Â£90 mark. 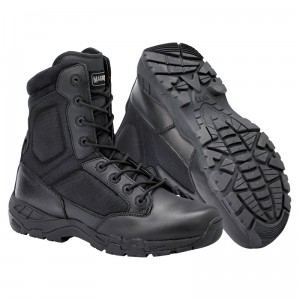 What’s most exciting (as far as I’m concerned) though, is a cracking new style shortly to launch in August of this year, called the Magnum Viper. This is much nearer to the Magnum Stealth in looks, and will be competitively priced at Â£65-Â£80, and so fits neatly into the gap between the...

If you’re a seasoned officer you’ll know that nylon patrol pouches traditionally come in three or four generic shapes and styles, with a basic velcro flap securing the contents. It’s a tried and tested formula, and works well, but they are pretty basic and I’ve often wondered why some of the military and outdoors brands seem to come up with such better designs and gadgetry …

Now I’m pleased to say that a Police and Security brand has finally come up with something a bit different – with a few extra internal features, and with the peace of mind and added security of a double YKK zip opener, Tactical Jack now offer a ‘military style’ solution for our urban officers. 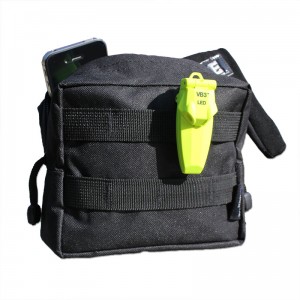 Police: After 5 years away and by popular demand â€¦ theyâ€™re back! Turtleskin gloves and why you need a pair 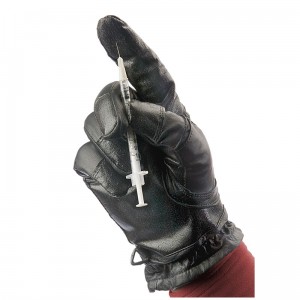 Good needle/puncture resistant search gloves are hard to come by – by that I mean gloves that have been tested and certified, and that have a decent level of wearer comfort and fit in the fingers.Â  By its nature, hypodermic needle resistant fabric tends to be dense and ‘cardboardy’ to be finely woven enough to stop a sharp, and so finding a duty glove that offers an officer dexterity as well as protection is an art form.Â  After all it’s all very well having a ‘suit of armour’ on both hands, you’ll certainly be protected, but if you’re searching someone you need to be able to feel through the gloves to be effective.Â  The Turtleskin Alpha, Bravo and Duty gloves all offer this close fitting resistance to the threat of sharps.

Longstanding CopShopUK customers will remember that Turtleskin gloves were our first choice for needle resistance, precisely because they’ve been experts in designing these types of gloves for so...

We’d recently updated our range of LED Lenser torches with all the latest models and I wasÂ mulling over what I could say about them that was a bit more interesting than just the usual tech specs. Then, out of the blue, I received this fascinating nugget directly from LED Lenser themselves.

Apparently their mad German designers have knocked up the largest torch in the world!Â This beast of a torch measures about 4 metres long (that’s about the size of a VW Golf).

Here is the press release straight from LED Lenser:

“LED Lenser, as the worldâ€™s leading torch brand, is no stranger whenÂ it comes to winning awards for design, technology and performance. Over the years our superb hand-held torches and head lamps have won numerous national and international awards.

Following on from my last post about all the different styles of Magnum boots available, I thought I’d post a quick run down of how they measure up, as not all Magnum boots have exactly the same fit and feel.

As the range has expanded over the years, new styles have been introduced which can vary
in terms of comfort and fit depending on your own foot shape.Â  Foot shape can have a big impact on the comfort of a boot, even if you have picked the top-of-the-range Magnum with luxury footbeds and memory foam!

In the absence of the ability to try these different styles on (except for those lucky enough to be able to visit us at our warehouses in Ramsgate), I’ve decided to impart my knowledge as regards the fit of the current Magnum boot range.

From experience I can say that the Magnum Classic and the Magnum Panther are a relatively narrow style of boot, which well suit the average to narrower foot shape.