on the 07th December 2013 at 12:37 - A Police Blog
Comments and Reactions
It is a situation that you have found yourself in, a situation that to others who have not experienced it, would be incomprehensible, the decision to either respond with anger, or with objectivity, with rage or with integrity, with hatred or with kindness.
In recent decades the Armed Forces has been called upon to act as a peacekeeping force, more than a fighting force, due to this it no longer prides itself on only being able to fight a war, but it prides itself on being able to keep the peace. 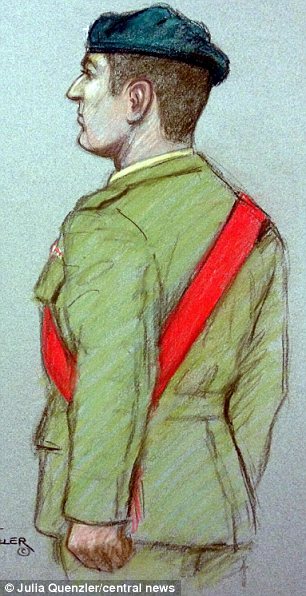 Sgt Blackman (42 Commando, Royal Marines) was, on the 8 Nov 13, convicted of murder by a Court Martial Board of seven servicemen, Warrant Officers and Commissioned Officers. Your strong feelings about the composition of the Court Martial aside, he had pleaded not guilty and had provided reasoning behind his actions. He shot a wounded insurgent, who posed no threat, in the chest, at point blank range, with a Browning 9MM pistol, he stated he believed the insurgent was already dead when he pulled the trigger. This had, most inconveniently,...

Five Royal Marines have been charged with murder, they will face these charges at a Court Martial. First of all you will say you fully support the investigation and charge of the five servicemen, especially as you believe that for the DSP to authorise a charge there must be reliable evidence, however you posted this on July the 6th 2012:

A Court Martial can sentence a person convicted of a service offence to life imprisonment. The jury at...

on the 29th September 2012 at 13:11 - A Police Blog
Comments and Reactions
As you knelt down, your hands and uniform covered in blood, you looked at the man you were attempting to stop bleeding to death, he was surprisingly calm, but the crowd weren't, they were shouting at you, calling you a 'CUNT' and a 'BASTARD'. Your colleague was trying to hold them back, whilst calling for assistance on the radio, he turned around and you could see the look on his face. You've worked with this guy for many years, and you know that 'look', it meant people were coming as fast as they could, but that it would feel like a life time until they arrived.
You are a normal young man, mile mannered, polite and respectful, with a beautiful, thoughtful girlfriend, a dog, a hamster, a nice little house with a beautiful back garden. You enjoy listening to classical music, gardening and playing Monopoly at Christmas. How could anyone be calling you a 'BASTARD' and a 'CUNT'?

'It is not the concern of any one race. The victims of the violence are black and white, rich and poor, young and old, famous and unknown. They are, most important of all, human... 'I would hope they'd want us all to know why, sir.'
There are two separate service offences under the Armed Forces Act 2006 which cover disobedience to lawful commands, they are as follows:
Section 2(3) - Misconduct on Operations: A person to whom this subsection applies commits an offence if he fails to use his utmost exertions to carry out the lawful commands of his superior officers.
The maximum sentence if found guilty of this offence, is life imprisonment.
'In my humble opinion, in the nuclear world, the true enemy is war itself.'
Section 12(1) - Disobedience to lawful commands:
(1)A person subject to service law commits an offence ifâ€” (a)he disobeys a lawful command; and (b)he intends to disobey, or is reckless as to whether he disobeys, the command.
The maximum sentence if found guilty of this offence, is two years imprisonment.
'Captain Ramsey, under operating procedures governing the release of nuclear weapons we cannot launch our missiles unless both you, and I agree.'
One of the differences between the military and the civilian world... 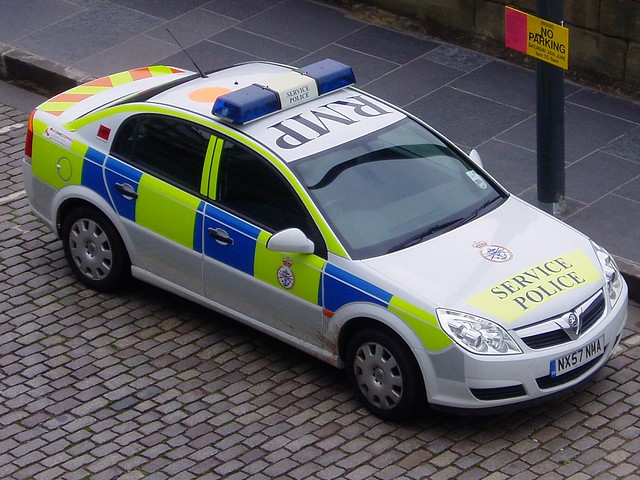 A Court Martial can sentence a person convicted of a service offence to life imprisonment. The jury at the court martial is made up of three to seven serviceman consisting of officers and warrant officers.

A Crown Court can sentence a person convicted of an offence to life imprisonment. The jury at a crown court is made up of twelve men and women, 'peers' of the defendant. The definition of 'peers' is as follows:

'A person who is equal to another in abilities,...

In recent years, there have been many incidents where police forces both civilian and especially the military police have been criticised for what appears to be a lack of independence from those who they are investigating.

It was documented in the Stockwell Report that the Independent Police Complaints Commission (IPCC) and it's investigators were deliberately excluded from the start of the investigation into the fatal shooting of John Charles De Menezes in July 2005, which to some would be even more of a brazen act by the Metropolitan Police Service as the IPCC was established through the Police Reform Act 2002.

The Canadian Forces National Investigation Service (it's members being Canadian Forces Military Policemen and women) were openly criticised in 2010 for not being fully and effectively independent from the military chain of command when it was reported that they were somewhat reluctant to investigate that the policies of the Canadian Armed Forces were allegedly leading to the torture of prisoner's at the hands of Afghan Forces.

'The two men said to Lot, â€œDo you have anyone else hereâ€”sons-in-law, sons or daughters, or anyone else in the city who belongs to you? Get them out of here, because we are going to destroy this place. The outcry to the LORD against its people is so great that he has sent us to destroy it.' Genesis 19 V 12/13

You have come to notice that, in every environment you have ever worked, the organisation itself only continues to function because those employed within it who will go above and beyond what is required are just slightly larger in number than those who go to work and perform below the standard required. What also falls under this same umbrella is that those who are in charge of the organisation rely heavily on those people who belong to the former of the two groups. 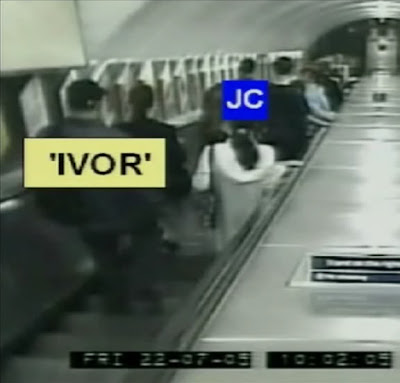 What you have found, during your career in policing is that decisions that are made 'on the ground' in seconds, in difficult, stressful, fast moving and unforgiving situations, are decisions that are judged, with hindsight, be they by senior officers, junior officers or for that matter, any one, you have found that decisions are scrutinised, pulled apart, alternatives offered from pages of procedure and legeslitive articles.

You cannot count on two hands the amount of times you have heard the following empty words from seniour police officers:

'What ever you choose to do, on the ground, we will support you.'

What you dislike about these words is that you disagree with them, because they are said with the knowledge that it really doesn't matter to anyone whether or not a Police Officer, Service Policeman or PCSO for that matter is supported by their Chain of Command, because really, what it actually comes down to is whether or not that Police Officer, Service Policeman, or PCSO can justify their actions in a court of law.

One thing that you have never had to do, and...

Recently you discovered something about a particular 'faith' that shocked you, to the point of anger, to the point of total disbelief. Whilst you usually envy those who have a strong belief that something more must exist beyond this life on Earth, this time you didn't feel envy or jealousy for that sense of belief, you felt appalled, disheartened and extremely unnerved. The idea, or as you would like to call it, the misinterpretation, you were told brought out a side in you that you try to keep locked away, the belief that you have that nothing in this life is pre determined, that something is worth fighting for.

The majority of those people who claim to be Jehovah's Witnesses do not believe in accepting blood transfusions, they state it is down to the belief that the bible teaches that life is blood and that blood must not be eaten and that the followers of Jehovah must not have their blood replaced, even in a case where life or death is a certainty without a blood transfusion. They base this on numerous scriptures in the bible, including:

Police: The battle for humanity..... 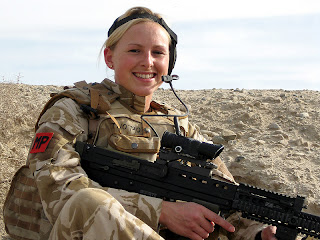 CREDIT: BRITISH ARMY
L/Cpl Amy Thomas (above) dispels the myth that all Royal Military Police Officers are ugly......
As you sat there, your rifle and the pistol on your hip became the centre of attention:
'I hear you're a man of faith?'
'Where did you hear that?'
'People talk.'
'Clearly they do.'
'But if you're a man of faith, what do you think God would say about you carrying guns?'
You are a quiet, unassuming man, and one thing you have never been completely comfortable with, is carrying a 'gun'. As far as you are concerned, the only reason they exist is to kill, thirteen bullets in a magazine means that with thirteen pulls on the trigger, thirteen people could be killed.
'You look pretty cool, with that pistol, is it loaded? Can I touch it?'
'No you can't touch it, yes it is loaded, and no, it is certainly not cool.'
When you were a boy, you used to think carrying a gun would be 'cool', that it would make you feel 'hard' and that it would cause people to respect you, until you were given one, until you looked at it and realised that for the next 160...