on the 12th May 2018 at 12:23 - A Fire Blog
Comments and Reactions
The Commissioner of the London Fire Brigade, Dany Cotton told the London Assembly that â€œas a measure as part of a range of options in making buildings safe fire sprinklers are key going forward.â€ Sprinklers are a reliable and cost-effective fire safety measure that can greatly reduce risk of death, injury, property damage and harm to local communities.
However, it is important to be pragmatic and accept that given the magnitude of the task it is not feasible to make sprinklers immediately mandatory in all buildings in England. Retrofitting sprinklers in buildings over 30 metres highâ€“ 10 storeys â€“ in London alone could cost up to Â£500 million.
As such, we the London Assembly Planning Committee are calling for a risk-based, phased, â€˜road mapâ€™ towards making sprinklers mandatory in all homes in England. They call for the Government to require sprinklers to be retrofitted in every existing tall building, care home and sheltered housing block...

Whether an architect trying to design a trendier residential layout or homeowner looking to refurbish their residence with a fresher look, modern layouts are constantly at odds with the countryâ€™s safety regulations. More and more frequently, homeowners want to adjust their property to reflect an â€˜open planâ€™ layout. This simple yet effective architectural trend is derived from an old Japanese tradition which merges rooms (i.e. living/dining room, kitchen/dining room, or entry hall/living room) to let in more natural light and give the appearance of a much larger space.
The difficulty associated with open plan design is that it carries with it two central conflicting ideas: a space that is modern and valuable: weâ€™ve seen gigantic kitchen-diners, futuristic staircases and amazing mezzanine loft spaces in high-end Hollywood homes. But also, an insecurity that open plan may not work for the majority of standard homes and spaces.
Open plan is valuable for three reasons. Firstly, it looks good: impressive...

There are an estimated 365,000 residential fires each year in the United States alone. Of which, approximately 180,000 starts in the kitchen. The average cost is $45,000 leading to an economic cost of at least $7 billion. Multiple residencies such as student housing, retirement homes, shared accommodation and flats with communal kitchens are all high-risk categories and increasing concerns for property owners and insurance companies alike.
Automist, a new smart water mist sprinkler system, has the advantage of being designed to be compatible with the majority of building layouts and ease of retrofit without major disruption. When installed in the course of a major refurbishment project, the advantage is twofold: disruption is minimised, and volume pricing offers exceptional value.
A common concern to all building insurers and insurance holders alike is the requirement to meet standard regulations and fire safety laws. Automist Smartscan is the only product of its kind that has been approved by the...

When coming up with design solutions for refurbishing older home models with modern aesthetics, architects are often confined to solutions that are limiting in order to meet the national safety requirements set by the LABC. In addition, city officials are often torn when handling older constructions because they need to be brought up to code with modern fire sprinkler systems but the costs are too high. The choice becomes so challenging that more often than not, the problems are ignored or left alone without an attempt to find a solution that would be both practical and economical. Unfortunately, however, this is a huge risk and liability, and the consequences could be horrific.
One of the biggest issues with a traditional sprinkler system is that youâ€™re often required to expand or attach a main with additional piping to get the amount of water required. This is a feat that is both impractical and costly when dealing with older constructions, especially in areas that are more remote and far from natural water sources and city...

on the 17th July 2017 at 16:50 - A Fire Blog
Comments and Reactions
London, UK â€”June 29, 2017â€”Automist Smartscan, designed by Plumis, is a Top Winner in the International Design Excellence Awards (IDEAÂ®) 2017 hosted by the Industrial Designers Society of America (IDSA). See the gallery. Which 25 designs won Gold and which 52 designs won Silver, will be announced on Aug. 19 at the IDEA Ceremonyâ€”open to the public at Rich Theater and followed by a ticketed Gala at High Museum. Through Aug. 11, the public can vote online for the Peopleâ€™s Choice Award winner.

Plumis won in the Home & Bath category. â€œWe are delighted to have been recognized as one of the outstanding products of 2017, alongside a host of other exciting productsâ€ said Design Director, Yusuf Muhammad.
Link - http://www.idsa.org/awards/idea/home-bath/automist-smartscan
Automist Smartscan is a smarter, modern fire sprinkler system. Instead of the typical ceiling-mounted sprinkler head, this device consists only of a stainless steel...

on the 21st May 2017 at 22:33 - A Fire Blog
Comments and Reactions
Automist from Plumis, an LABC Registered and cost effective alternative to sprinkler systems was recently used in the conversion of a ground floor flat in Crouch End, Haringey, London into two separate flats, one of which incorporated a 27m long basement space. Building Control officers insisted that, in order to meet fire regulations, a fire suppression system like Automist that offers full room, active fire suppression should be used. The alternative would have been to install staircases in the light wells as a means of escape in the event of a fire. Mr S. Perkins, the owner of the property was reluctant to do this. â€œThis was because it would have meant substantially enlarging the light well space, thereby reducing the internal space. And this would have seriously compromised the aesthetic of the project.â€ 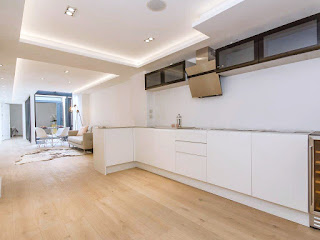 The traditional alternative was to install sprinklers but, for this, additional building works would have been necessary in the already completed flats. Furthermore, a discharge would have drenched the...

on the 21st May 2017 at 22:29 - A Fire Blog
Comments and Reactions
A Plumis Automist Smartscan system was installed recently in a loft conversion in Hitchin, Hertfordshire in order to facilitate the retention of the open plan living space. For this kind of contemporary, open space design Building Regulations demand that a protected enclosed stairwell is provided or they require the use of alternative compensatory measures such as sprinklers.

The property owner, Matt Newis was reluctant to install sprinklers because of the potential water damage to his home should the sprinklers be activated. He was recommended to consider the Plumis device and did some research on the internet. He was fully satisfied that it would fulfil his requirements as a more usable alternative to sprinklers, so he contacted his local approved Automist installer, Creative In/Exteriors Ltd. LABC registered Automist Smartscan is a modern alternative to a fire sprinkler system. Instead of the typical ceiling-mounted sprinkler head, this device consists of a wall mounted...

on the 21st May 2017 at 22:05 - A Fire Blog
Comments and Reactions
Plumis Automist has been used to provide an innovative, best value fire protection solution in a loft conversion in a terraced property in Berkhamstead, Hertfordshire. Creative In/Exteriors, the local accredited Automist installers, installed the system to facilitate a contemporary open plan design whilst at the same time complying with Building Regulations. The means of escape was on the ground floor onto an open plan kitchen and dining room and as a compensatory alternative Building Regulations required an active fire suppression system such as sprinklers. The property owner was disinclined to do this because of budget considerations and the danger of accidental discharge which could seriously affect the fabric of the property and the fixtures and fittings. A suggested alternative was to create an enclosed lobby using a fire door but, equally, Mr Evans was reluctant to compromise the open plan design. A third option was to reconfigure the staircase but this would have proved expensive and intrusive. 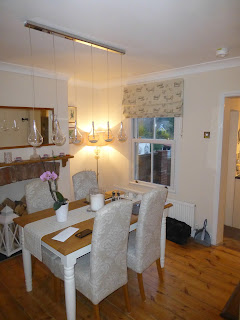 on the 21st May 2017 at 21:56 - A Fire Blog
Comments and Reactions
Plumis Automist was used to comply with building regulations and to provide unobtrusive fire protection in the Grade II listed Gatehouse Lodge, near Grantham in the Lincolnshire Vales. The Lodge had been rescued recently from dereliction and has been sensitively restored with a mix of original and contemporary features. The system was installed in the kitchen area to the front of the property because the escape route from the 1st floor came down into this small room, meaning that it was not protected as required in Approved Document B.

The owners were reluctant to have sprinklers fitted because of the damage to the fabric of the period property and to the new fixtures and fittings the release of water would cause if they were activated. They had looked at the Plumis website and assessed that Automist would perfectly suit their requirements. Newflame Ltd of Peterborough is the Accredited Automist Installer for the region and Richard Scotcher recommended a wall mounted spray-head.

Automist is a pre-engineered...

on the 28th March 2017 at 17:39 - A Fire Blog
Comments and Reactions
Newflame Fire Equipment Co. Ltd has provided Plumis Automist systems as an innovative watermist fire sprinkler for a block of 7 flats above Baldock library, which had been converted from office space in the Hertfordshire town. The modern, open-plan design of the living areas of 6 of the flats meant that there was no protected means of escape. The LACoRS guide and Approved Document B allow open plan designs as long as some additional features, including fire suppression, are provided. The owner of the building was reluctant to install sprinklers which would have marred the clean lines of the design and in the event of discharge, accidental or otherwise would have drenched the property, the new fixtures and fittings. 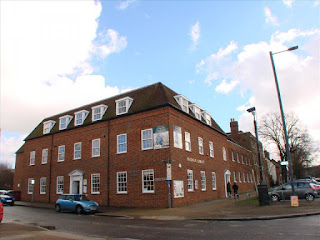 The owner, whose extended family are using 4 of the flats while the 3 remaining flats are being rented out, discovered the Plumis website when searching for a resolution and sent the plans of the conversion to Newflame, the accredited Automist installer for the area. He was...