Home > Police The Justice of the Peace

Police: RACISM IS THE NEW McARTHYISM 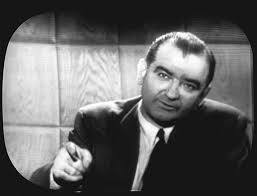 Magistrates just like many especially in public service have to use the sensitivity of a spider`s leg to guard against false accusations of sexism, sizeism, fatism etc,and the bete noir of them all, racism. Oops! Let me rephrase...the bane of them all and the one ism that has caused the death of tens of millions and misery for millions. However like the unbridled prescribing of antibiotics the wider the term is bandied about the weaker is its application.

Last week the actor Laurence Fox appeared on the panel of the BBC programme "Question Time".  In response to a comment re Duchess of Sussex  from an audience member widely considered to have been planted by the BBC he was accused of being a “white privileged male”. His reply,  “I can’t help what I am, I was born like this, it’s an immutable characteristic, so to call me a white privileged male is to be racist — you’re being racist.” was well received by the audience.

And that whole sorry episode reminded me of a conversation just before Christmas ten years ago... 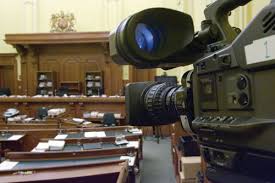 For some years there have been musings from quarters on high on the televising of events at the criminal courts.  Since its inception the Supreme Court has been available for those interested to view on line. I`m sure that nobody then would have predicted that during the Brexit legal shenanigans prior to October 31st last year at its height over 2.8 million viewers gave up some of their valuable time to watch the live proceedings.  However with regard to the every day process of justice at magistrates and crown courts with the decline of local print media that process has become ever more invisible to the general public in England and Wales. However for those north of the border the criminal justice in my opinion bears much more relevance to this new millennium than its southern counterpart. 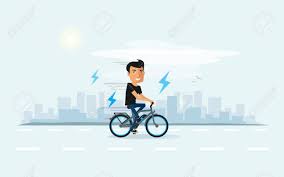 Electrically assisted pedal cycles, as the government defines electric bikes, can be ridden without bureaucratic interference from the Ministry of Transport provided they comply as follows


An EAPC must have pedals that can be used to propel it.

It must show either:

the power output
the manufacturer of the motor

It must also show either:

the battery’s voltage
the maximum speed of the bike

must have a maximum power output of 250 watts
should not be able to propel the bike when it’s travelling more than 15.5mph

An EAPC can have more than 2 wheels (for example, a tricycle).
Where you can ride

If a bike meets the EAPC requirements it’s classed as a normal pedal bike. This means you can ride it on cycle paths and anywhere else pedal bikes are allowed

It was therefore surprising to read that a disqualified car driver at Taunton Magistrates Court was further disqualified as a result of riding an   E bike.  I would hope that the bench was familiar with the law as above. 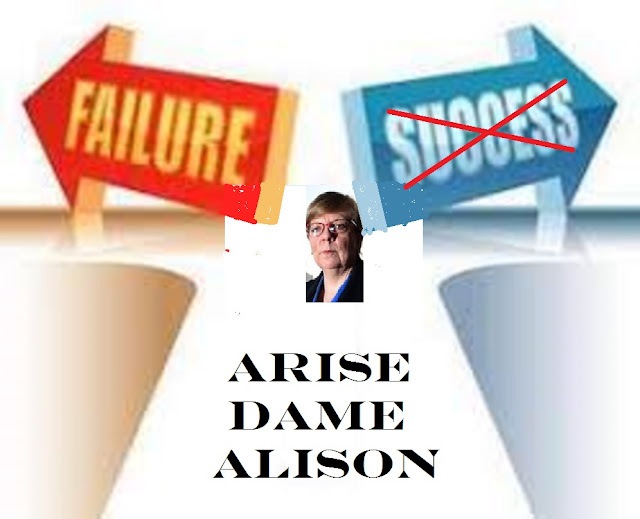 Admission:- I am not a major fan of the honours system but...........at the age of 83 my late mother was awarded MBE for services to the community.  She ran her local Citizens` Advice Bureau for over twenty years.  She was immensely proud of these three letters and was known to occasionally let others be aware of her pride.  She thoroughly deserved that royal recognition and others who have been similarly awarded are likewise held in high regard in their communities and rightly so.  However, when the prime ministers responsible for the recommendations of the highest public awards do so in act akin to the showering of confetti at a bridal party the smugness and aloofness of their position should be intolerable. It isn`t. Twice yearly undeserving gong seekers are bestowed with their lifelong dream irrespective of their worthiness. From failed politicians and former MPs being given a meal ticket until death in the House of Lords to those who have been miserable failures in their often public positions the tale seems...

Police: TOADY:- BE OBSEQUIOUS TOWARDS

Many more illustrious observers than I have pointed out in recent days that the government is seriously considering restricting the powers of the judiciary as a result of the shenanigans over parliament`s control of its proceedings during the Brexit debacle of last year. Those constitutional high flying legal eagles on and appearing in front of the Supreme Court certainly are well able to offer their own arguments when push comes to shove but where the legal system truly impacts upon the general population is at the magistrates courts and it is within the confines of this institution that the ravaging of our supposedly world renown justice system is there for all the world to see if it were interested and that`s the point; within and without "justice" the policy is make do and mend. When I was appointed in the 1990s magistrates controlled within certain boundaries the process. And that is when government began to extend its power. Beginning with the 1997 Labour administration and accelerating fiercely with the Coalition of... 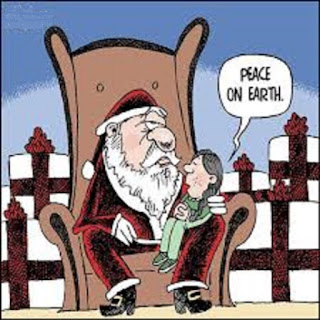 I suppose "peace on Earth and goodwill towards men" sums up precisely what the world needs most. Unfortunately recent events indicate that that aspiration might never be attained.  However until such time that that enduring phrase is erased from our consciousness and our consciences we can but be hopeful that we might reach an era when its repetition offers some solace to all of us.

I thank all my readers for the precious minutes they have spent to read my simple offerings in 2019 and hope to be back here with some more of the same in January. 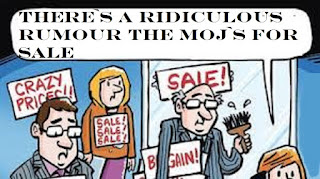 Of all the announcements in the Queen`s Speech one that will have bypassed those without a vested interest in the subject is that almost 500 new prosecutors will be recruited in the next six months after concerns that criminal cases were dropped or delayed owing to a shortage of resources. Since 2010 when the MOJ budget was slashed by 23% and loudly proclaimed by he who has just retired as "father of the House; Kenneth Clarke", the justice system of which politicians of all hues shout so proudly has been allowed to fall into what can only be described as disrepair.  Of course at the top of the justice tree where the highest civil courts and their professional protagonists operate billions of pounds keep rolling in from those foolish individuals and companies with more money than they know what to do with. The Supreme Court as has been seen recently offers the most demanding questions of law to its members and provides the highest quality of decisions. But at t`other end in what remains of our magistrates courts and to a... 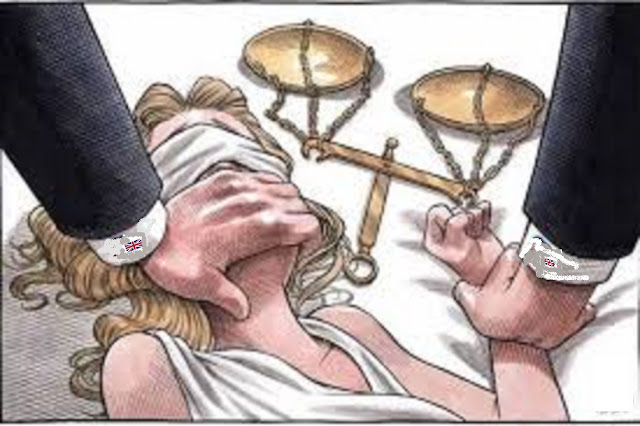 It would be churlish to ignore the election result on the basis of this writer being primarily concerned with matters which affect magistrates and those who appear before them  That a blatantly antisemitic communist whose political ethos has been driven by a hatred for western civilisation and sympathy and support for murderous terrorists became leader of the Labour Party reflects very badly on us all.  It remains to be seen whether his cult following will be culled by the incoming leadership. An English nationalist is now holding more power over us than any prime minister since 1945. He has returned to number 10  with an ouvert admiration for Donald Trump and irrespective of any  major policy announcements has clearly hinted that he regards the courts as an obstacle to his will having been humiliated by the Supreme Court and the Court of Session. I comment as a firm Leaver until last spring when it became clear that Theresa May was incapable of securing a withdrawal agreement that would not ruin much of British business and the jobs...

Police: TV LICENSING SHOULD BE DECRIMINALISED 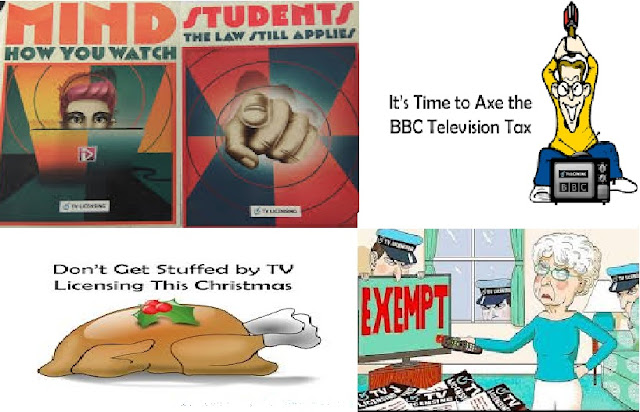 It seems, predictable as ever, Boris Johnson has come up with what he thinks might be a last minute inducement to secure more of the "grey" vote which tends to be more conservative than socialist. There is the possibility that over 75s will lose their "free" TV license next summer and he has hinted that he might tell the BBC to fund the freebie if it wants it to continue. With a maximum fine [rarely applied] for TV license evasion of £1000 appearing not to deter evasion by usually the poorest of pensioners he has mused on its abandonment. Last year there were 129,446 prosecutions for TV license evasion all of course in magistrates courts. It is exceedingly difficult to translate that number into meaningful statistics owing to the frequency of court closures undertaken since 2010 when the coalition government came to power.  It seems that 162 of the 323 magistrates courts in England and Wales have shut – a loss of 50.2% of the estate. That translates as the remaining 161 having each 804 defendants annually to deal with...

Police: IT`S NOT WHAT YOU SAY: IT`S WHAT YOU MEAN. SOME PERSONAL HUMOUR 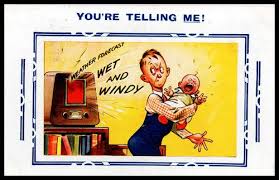 How often in general discussion do we ask for a remark to be repeated because although we heard what was being said we hadn`t actually been listening. A rarely mentioned benefit of chairing a court is that one trains oneself to listen to everything that is said. As I was listening to a weather forecast on TV last week the forecaster began by saying,"Most of us will have a wet and windy night". Speaking to my wife for both our sakes I remarked,"Not me I hope."

Latest The Justice Of The Peace Stories