There is a recurring conversation that I have with people when talking about my job. It normally starts with a "I couldn't do your job..." with infills of "I don't know how you do it..." and "don't you get scared..." or "how do you sleep at night?" etc etc. My stock answer is something like "Ha! It's fine, things don't really effect me..." with side notes of "I disassociate myself from the patients..." and "I get into a zone and don't really think about it..." etc etc. You see the pattern!
The fact is, most of what I say is true. At the end of most shifts I've completely forgotten about the patients at the start. If someone has a horrific injury, a do what I have to do to it, cover it and move on. If I'm faced with a combustible situation where I might be vulnerable I tend not to think about the what ifs. Instead I focus keeping everything calm. These situations are no place for fear. That said I am by no means immune to feelings of fear, dread, guilt and nausea! We all are, everyone who works for the ambulance service has those jobs which have effected them, or those situations they fear being part of. They differ from person to person and we each react differently when faced with them.
For me, I don't like to see sick, dying or dead children, and it's fair to say that that is across the board, the same for everyone. My greatest is fear in this job is watching someone die and being powerless to stop it. I know it happens but it is an isolated, helpless feeling, especially when you're on your own. Finally, a situation I would have been happy to avoid my entire career, was being the person who has to make a decision between who lives and who dies, when faced with that choice. You can imagine what kind of day I was having, when all three of my fears came to fruition in one job.
"30 year old female, in labour, contractions 1 minute apart." 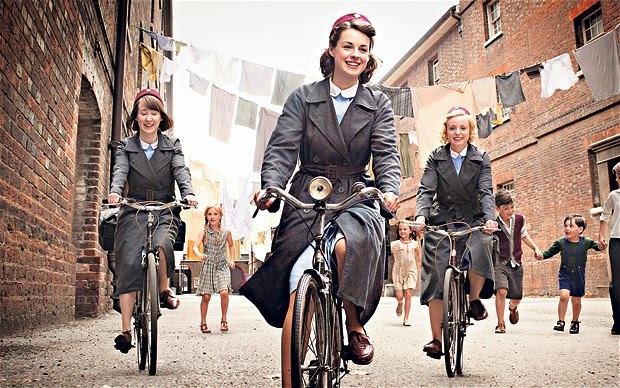 Not an ideal start to the shift if I'm honest. Early jobs tend to have longer waits for ambulances due to shift change over time, and the prospect of having to deliver a baby on my own is not one I cherish If I'm honest! It is what it is though, I'd have to suck it up and see!
I grabbed EVERYTHING I could possibly need and headed in through the open door. The patient was on all fours, mid contraction. I started with some history taking and started making a note of times. With women in labour you have to work out if it will be a home birth or hospital birth. At all costs, you want to avoid delivering on an ambulance! They are cold, impractical and dirty! It became apparent pretty quickly, that without an ambulance and the quick fire contractions, that I would be taking on the role of midwife imminently. Balls!!!
I quickly set up a baby resuscitation area just in case! It's something I was taught by a very wise paramedic a long time ago, and I have stuck with it. If things go south, I don't want to be scrambling to find kit, so everything that I would possibly be needed was laid out, opened and ready! Then there was mum! I made a snap decision to cannulate her prior to delivery. I don't know why, it's not something I normally do, but again, with no ambulance I wanted to cover all bases, just in case!
Anyway, cannula in, everything set up, examination complete and we were ready. She started crowning about five minutes later! I just about had time to update control that birth was imminent and I would require an ambulance as quick as possible, before the head appeared. My relief at seeing the head was short lived. It quickly became apparent that something was wrong. Very bloody wrong. The cord was wrapped around the babies neck. Shivers ran down my spine and I'm sure that all the blood trained from my face. Inside I was panicking. I had never delivered a baby with a cord around it's neck and I wasn't entirely convinced I knew what to do. Well, I knew I had to get cord off the neck, but we were limited in what we were taught on our two days maternity training! She carried on pushing during contractions and after what seemed like an eternity (probably 1 minute) we made enough progress that I could loosen the cord and finish the delivery. 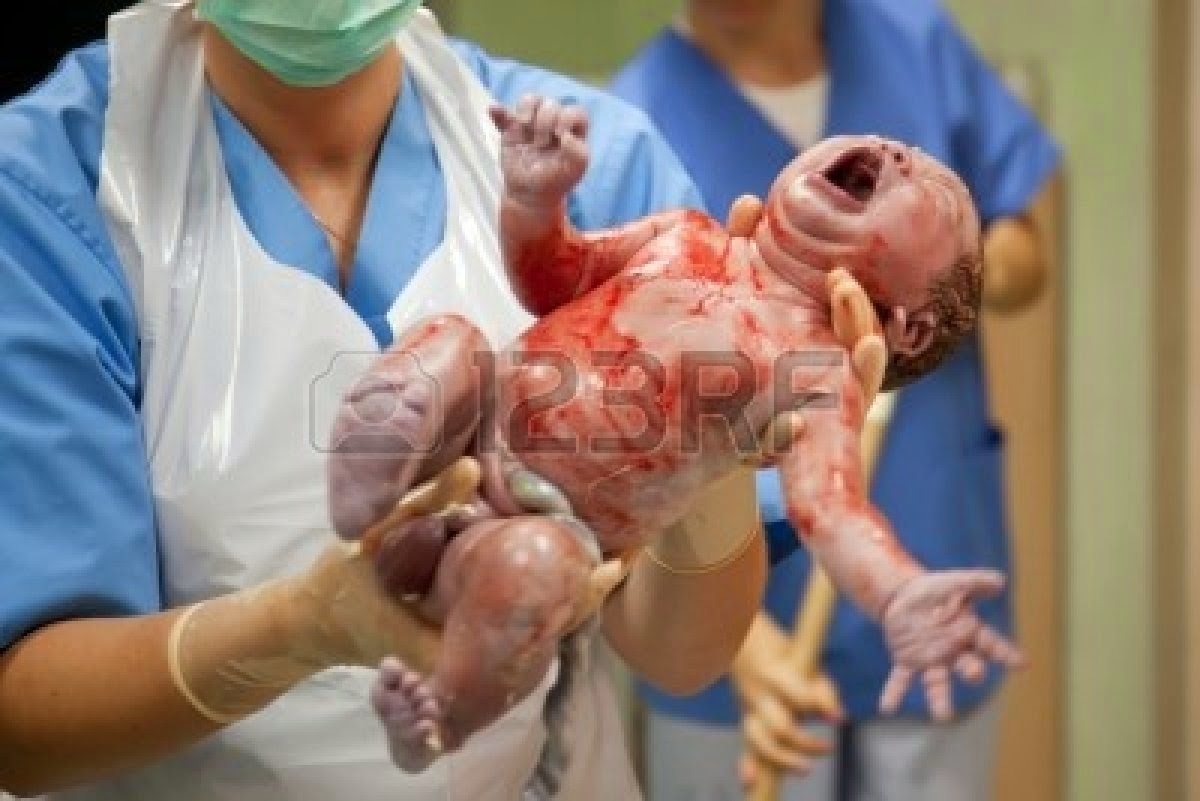 With baby out and mum overjoyed I started drying and rubbing the little boy. I just wanted him to make that first cry. The first 10 seconds or so are pretty relaxed, the next 10 are a little anxious and by 30 seconds I'm starting to get a little desperate.
"Why isn't he crying, is something wrong?"
Her joy quickly led to desperation. I clamped and cut the cord and moved him over to where all the equipment was waiting. I laid him down on blanket and started ventilating him. This was my worst nightmare. Or so I thought....
"Some thing's wrong, I'm bleeding." she said.
I turned my head slightly and my heart sank. She was having a huge post-partum hemorrhage. It was literally like a bucket of blood had just been poured on the floor and it just kept coming. If I didn't stop the bleeding, she would die, plain and simple. If I didn't work on the baby and get him breathing, he would die, plain and simple. How do you make the choice? It's one I had to make on my own and I could see no way out of this mess.
I tried to advise mum of what she could do whilst I ventilated the baby. She wouldn't listen, her only concern was why her baby wasn't crying and that kind of made my decision for me. I started listening to heart sounds and when I heard them it was a huge weight off my shoulder. In my head I was screaming 'breathe' over and over again. I managed to hold down the button on my radio long enough to shout exactly what was happening. I couldn't begin to tell you what the reply was because after a slight wriggle, this tiny little boy let out the most amazing cry!
I turned to the mum, and saw the relief of her pale face, just as she begun to lose consciousness. I wrapped the baby in a towel, left him on the blanket and started a uterine massage on mum. Again, i'd been told what to do years ago but I'd never actually done it! I was kneeling in what felt like a swimming pool of blood. I grabbed my drugs and started drawing up the Syntometrine to stop the bleeding when I heard the door go and a 'Hello?!' in the corridor.
"In here!" I shouted. 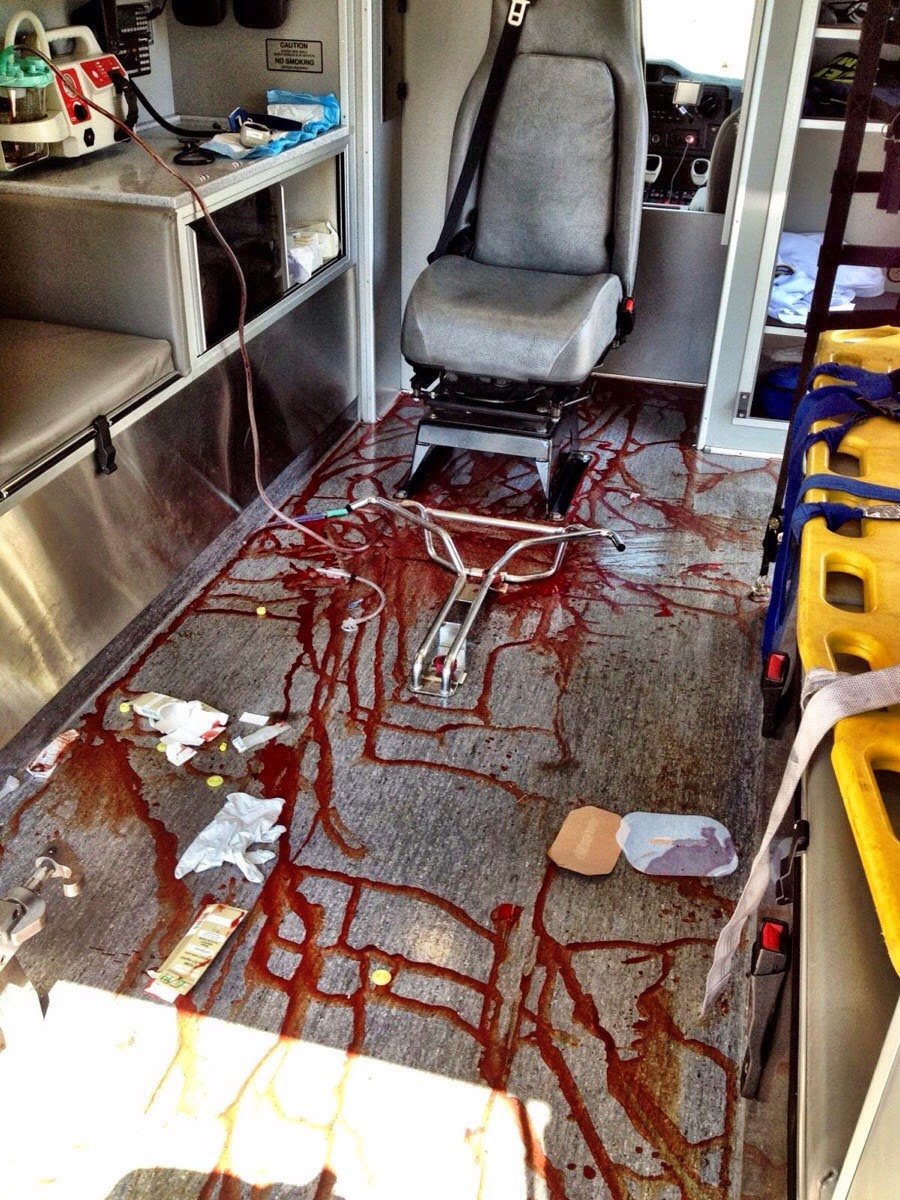 Just like London Buses, two crews arrived at once! Thank god! The face of them when they walked in was an absolute treat. Then again, I'm sure my face told a fairly good story. A crying baby on a towel next to resus equipment, an unconscious naked woman in a huge pool of blood and me on my knees amongst it all presumably looking like crap. A hive of activity ensued, fluids were drawn up, drugs given, baby cleaned, wrapped and looked after and we got mum out to the ambulance.
There was no time to take stock of what the hell was going on. We put in our pre-alert and all headed off in convoy to the nearest maternity unit. The bleeding had stopped but she had lost A LOT of blood. In truth the second I heard the crying of the baby it didn't really get another thought from me. It's easy to compartmentalise patients into fixed and not fixed. Through jobs like this, priorities change. I couldn't stop thinking about whether the mum would ever get to hold her baby. I found myself daydreaming about the 'what ifs' that I don't normally entertain. I also, quite predictably started asking myself if I had made the correct decision. Did I ignore the bleeding too long? Did I chose right? Only time would tell. In situations like this are there ever correct decisions?
We got to the hospital and handed over. The midwife looked me up and down.
"Well done, now go get yourself a tea!"
I don't even really like tea, but it's the done thing when chaos ensues. I sat in the blood bath of that ambulance and just starred at the wall. I could feel my hands shaking as the adrenaline continued to rush through my body. What a start to the day! Only 10 hours to go until home time.....
"It's fine, things don't really effect me, I disassociate myself from the patients and I get into a zone and don't really think about it."
Well, we all have very effective barriers we use from time to time.
*                   *                    *
Two days later I found out that despite losing half of her blood volume, mum survived and baby was absolutely fine. And THAT is how I can do my job. There is no better feeling than finding out news like that. At least now I 'know' what to do! Ish!