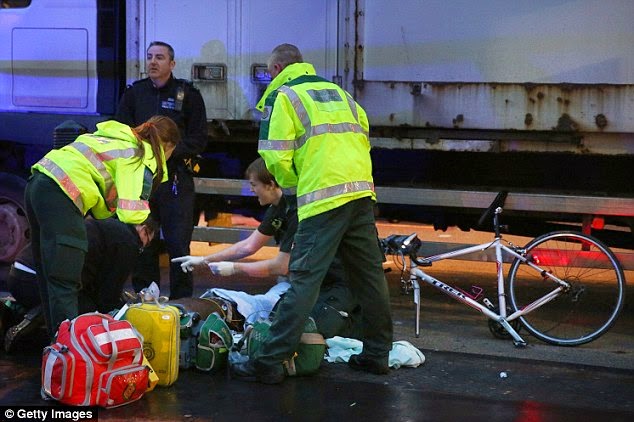 I'd just left the house of a 35 year old man with a temperature. I was his second 999 call of the day and to be quite honest, I was fed up. Fed up with the constant stream of time wasters who abuse the right to have a 'free at point of contact' service. I gave suitable advise for his temperature and suitable advise on appropriate use of the service. I sat back in my car, slumped back into my seat and closed my eyes in sheer frustration. This kind of annoyance I was feeling has been becoming a daily feature and to be brutally honest, has made me consider my career options of late. Sure, some of the people we go to need us, but as the weeks, months and years pass, it seems the percentage of unwell people decreases. There doesn't seem to be light at the end of the tunnel, nor any feasible solutions to stop the rot.
"General broadcast, all mobiles, currently have an uncovered RTC, child vs bus, possible entrapment, no units assigned, please make yourself available or come up green mobile"
I pressed my button immediately. Sure enough the job came down to my screen and I headed off. It was 10 miles away which at the time of day was going to be just shy of a 20 minutes drive. Sick kids scare the crap out of me, they always have and always will. It's the same for ambulance staff the world over. You just don't want to see them in pain. You don't want to see the fear in their eyes. You just hope, that it isn't as given. As I pulled into the road, I was met with utter chaos. There were fire engines, police cars, a bus with a small bike crumpled under it's front wheel, all the passengers from the bus, and every resident of the street in a huge crowd. Through all the chaos though, was simply one gut wrenching scream. 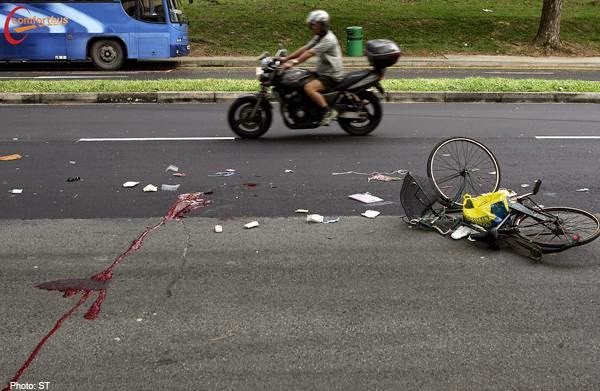 I fought my way through the crowd to find the little boy laying in the middle of the road. His mum was holding his head, a fireman was holding his hand, but no one knew what else to do. And it was no surprise, I was pretty shell shocked to be honest. The injuries to his legs were horrendous, as was the head injury to the frontal bone of his skull. He was confused, combative and delirious with pain. He had open fracture dislocations to both legs, mid shift long bone fractures, a partial de-gloving, chunks of flesh torn from his body and cuts and bruises everywhere. Everyone around me was freaking out. The accident occurred outside the boys house so every neighbour and local family member was there. It was a truly awful situation.
I barked orders to the fireman, who were absolutely fantastic throughout. That is worth mentioning because I often dish out a fair bit towards them but they were flawless and invaluable. We got his legs wrapped in wet dressing, bandaged and splinted, his head injury covered, IV access and all the morphine I could give him. Repeatedly, I asked where the ambulance was. Every time I got "nothing to send". I asked for HEMS, "unavailable", a BASICS doctor, "unavailable", an advanced paramedic, "ETA 25 minutes". It was a desperate desperate situation and one I had no control over. My work was done, I had no head blocks, no spinal board and no means to get the patient from A to B rapidly, which is all he now needed.
As horrific as his leg injuries were, he wasn't going to die from them. He may not walk again, he may have to have an amputation, but they won't kill him. The head injury might though. As the minutes ticked by, I became more and more convinced that his skull was fractured and there was a significant bleed. His GCS was dropping, he was becoming more combative and it wasn't long before he had a seizure. It was probably the most scared I have been since I embarked on my career in green 6 years ago. I was facing the very real prospect of sitting and watching child die, due to an ambulance delay. Luckily, as these morbid thoughts crossed my mind the ambulance and another FRU appeared on mass! 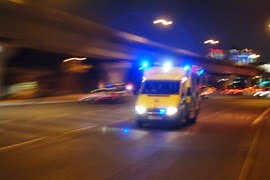 We set about securing him to a spinal board, put in the blue call to the trauma unit and sped off. Mum came with us in the ambulance and I told her to just keep talking to him. I just stood there listening to her tell him how much she loved him over and over again. What else do you say to your child who you think may well die in front of you? It was a sobering moment and one I never want to have to endure. My son is the same age, he rides a bike, it could so easily be me in her seat.
I handed over to the waiting trauma team who quickly started providing the world class care that the NHS can deliver so very well. He really was in the best possible hands. We all returned to the ambulance to reflect on what had just happened. I found myself going over every action I did repeatedly. Was there any more I could have done? Could we have been quicker with anything? Had we missed anything? I don't think we did. The ambulance delay is a tragic reminder of the current crisis but it's not something I will discuss here. This job though, highlights an issue I have been harping on about for years. Bicycle helmets.
He wasn't wearing a helmet when he was hit. His leg injuries were unavoidable on impact. He crossed the road on his bike without looking and was wiped out. The bus driver din't stand a chance of stopping. Witness accounts all said that he hit the road head first on landing. It was that impact that fractured his skull. It is the fractured skull which put his life in the balance. It is the fractured skull that could cause loss of basic motor skills, loss of speech, loss of life quality. This is what is avoidable. It's a very sobering reminder that simple decisions at any age can have profound consequences.
*          *          *          *          *
You may remember last year I posted a blog called Cycle Helmets and Idiots. The theme of the post was simple. If you don't wear a helmet, you're an idiot. Admittedly, at the time of writing, it was about adult cyclists, and I wouldn't dare call this little child an idiot, but as parents we have a responsibility to enforce the wearing of them.
The post provoked a lot of anger from various cyclo-warriors who were adamant helmets were bad. One of my favourite responses was this:

"Helmets can still cause a susceptible rider's head to get so hot that they get shocking headaches, become blinded by sweat, suffer drug-like effects such as loss of judgement and coordination, become uncontrollably violent, then pass out and die. (Anonymous, 2013)"

Wow! Just wow! The fact remains, though a helmet may not save every life, it may very well save one. In this instance, it most certainly would have prevented a skull fracture, yet I can guarantee after this post, comments will flood in berating my insistence on them. If you don't wear a helmet, you are a complete idiot. That's an upgrade from 'idiot' (2013).
However, taking the musings from a cynical, passionate paramedic with an agenda who's only seen about 10 people die in the flesh from a lack of helmet, probably won't sway the hardcore anti-helmet buffoons. Perhaps they will listen to this little chap!
Elliot Heap is 8 years old, and is passionate about Helmet safety and is trying to bring in Elliot's Helmet Law. Quite rightly, he wants to see it brought into law for all cyclists to wear a helmet on public roads. That goes for adults and children. Elliot has not only made this video plea, but has a local councillor on board and is working with local PCSO's in his community to spread the message. He is giving talks in schools and has written a letter to David Cameron requesting a meeting! Having written to my old chum Dave myself, I expect Elliot may have a long wait, but he does have that the young child thing on his side so lets all help share his message.
Please watch and share Elliot's YouTube video, and join him and me at shouting at every cyclist you see not wearing one! They doom mungers said the same about seat belts and motorbike helmets when they were introduced. Let us shut up these complete idiots once and for all!
What a great little guy! Faith in humanity well and truly restored!