Police: THE INVISIBLE CLOUD OF AUTHORITARIANISM IN COURTS 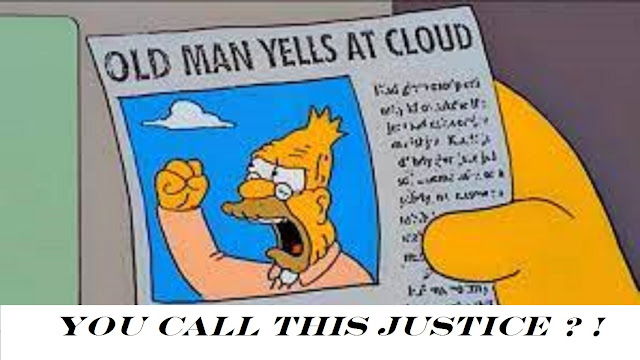 During my active life as a Justice of the Peace I spent over a decade in the middle chair.  Apart from the preceding years as a winger and having satisfied HMCTS as to my suitability to conduct the court`s business as specified there were many occasions where spontaneity and initiative were essential to ensure that justice was not just done but seen to be done. For that reason alone it is my opinion that successful box ticking for applicants seeking that role will fail to highlight those who are just not suited or capable.  Indeed with HMCTS desperately seeking  not "Susan" but new magistrates it is inevitable that the quality of presiding magistrates will fall insofar as they will be reliant increasingly on "rules" and "advice" from their legal advisors. As a winger I rarely if ever heard the bench chairman explain to defendants found guilty that they had a right of appeal to the crown court at their own expense on verdict or sentence. If I remember correctly that pronouncement was never in...

Police: ARE MAGISTRATES BEING SELECTED BY ETHNIC QUOTA? 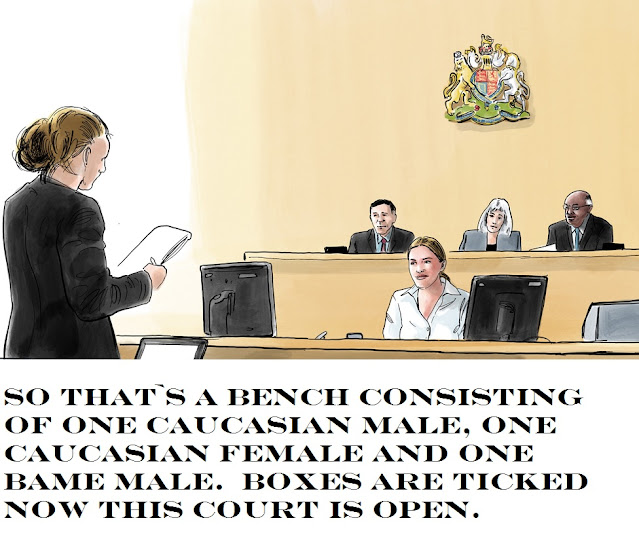 Magistrates courts have been around for well over 600 years. Until 2010 one might have used the term ubiquitous when describing their locations. There were around 330 in England and Wales serving the needs of a population both town and country.  And then came Kenneth Clarke as Lord Chancellor of a newly elected Tory government obsessed with the ramifications of the financial crisis.  In that first year Clarke was proud to be the first cabinet member to announce his department`s contribution to the looming deficit; 23.8% was cut from the following year`s budget of the Ministry of Justice. With like minded thinking at the Home Office the whole paraphernalia of all that contributed to the law making and its enforcement in a civilised country was hacked to pieces over the following decade.  The numbers of police and support workers were pared back  to the extent that none ever appeared except when driving past blue lighted.  Prison officers were decimated with many prisons thrown to outsourcers eg...

A month or so back, on Sunday nights, the BBC aired episodes of Jimmy McGovern’s “Time“, a drama about the prison system.  It was the best television I’ve seen in years and I ended up watching all three episodes, as if it were a film.  I’ve since re-watched it all and I hope it goes on to win recognition for its writing, acting and representation of the prison system.  Former prisoners and prison officers alike have commented that it’s the best representation of the reality of prison they’ve ever known.

Seen from mostly from the dual perspective of an English teacher (Mark, played by Sean Bean) convicted of causing death by dangerous driving whilst drunk and a senior prison officer, it took only a matter of minutes for the issue of mental health to be front and centre.  It was impactive and graphic, almost distressing.  Actor Stephen Graham (who plays prison officer Mr McNally) said in publicity ahead of the broadcast that he wanted his work to be uncomfortable to watch and it certainly was.

In 2018, Professor Sir Simon Wessely concluded his review of the Mental Health Act 1983 and recommended certain actions.  In early 2021, the Government announced a consultation about the White Paper and today, they have published their response. To their consultation

This is an early post after a relatively light read.  It highlights the main points of the review as they affect the police service.

There are only two main issues emphasised, in addition to the general need for ‘awareness’ and improved focus in policing and the broader criminal justice system (for example around neuro-diversity).

But the two particular points are —

Police: ANARCHY FOR THE 21st CENTURY 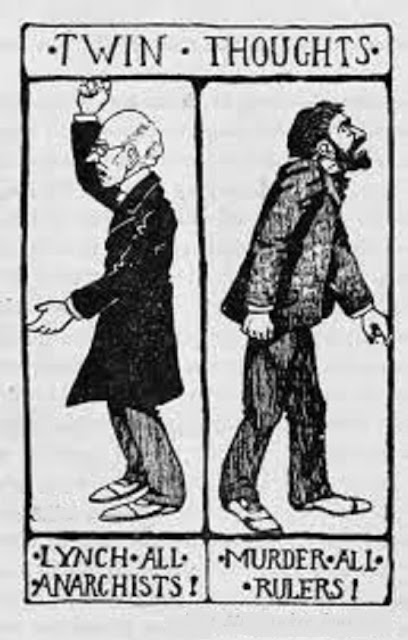 absence of government and absolute freedom of the individual, regarded as a political ideal

a society being freely constituted without authorities or a governing body. It may also refer to a society or group of people that entirely rejects a set hierarchy. The word Anarchy was first used in English in 1539, meaning "an absence of government".

There is no doubt that the above concept is widely known to most in theory if not in practice.  Where its ideals have been translated into action the results have gone from causing inconvenience to revolution with the murderous results that those activities inevitably cause.

Extinction Rebellion is just the latest form of direct action by those who believe that they have a god given right to disrupt society in which way they think better furthers their cause. It could be termed in general anarchy 21st century style.  Perhaps older readers will remember the words Greenham...

Police: SCANDAL OF SINGLE JUSTICE PROCEDURE IS A BLOT ON THE LEGAL LANDSCAPE 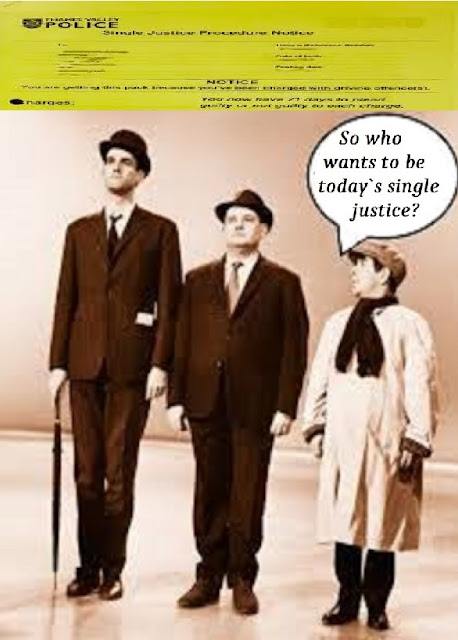 There are few if any independent observers who would not agree that the once highly valued English justice system has been brought into disrepute; in my humble opinion of course. The financial crash of 2008/9 not only brought down institutions it systematically led to a situation where the very consideration that justice was a service to the community in its widest sense was abandoned.  In its place the costs of providing that service became the criteria by which the quality and quantity of that service were evaluated.  The rule of law and principles such as equality, accountability and non-arbitrariness were no longer to stand alone as enabling justice to be upheld as a pillar of a just and democratic society. The old adage that justice should be seen to be done seems but a historical footnote.

While Civil Rights has been a catch all phrase from all parties to debates on justice, it remains the practical experience of a right that defines its existence and conformity with...

Recent news coverage touched on the fact a family were not told that the man sentencing to life for killing their son had been transferred almost immediately to a hospital.  In 2019, Brian Heelless killed Alex Davies in a brutal attack with a knife.  After being sentenced to life in prison, Mr Healless was moved almost immediately to a medium secure hospital and  this has caused understandable consternation which I thought may be worth explaining, not least because I can see why it raises immediate and obvious questions about the will of the Crown Court and the consternation appears to have been made worse by Mr Davies’s family not learning what had happened until many weeks later.

Let me explain the background –

Brian Healless denied murdering Mr Davies during his trial but admitting killing him and he argued the ‘diminished responsibility‘ partial-defence.  This would mean, in short, that he accepted a level of culpability for the killing, amounting to manslaughter, but amidst a context where his reasoning and... 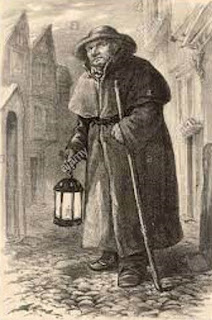 For those who enjoy the statistics that emanate from the Ministry of Justice I have accessed here current information of the numbers of people employed by HM Courts and Tribunal Service. There are a few closed locations still employing a single individual; perhaps a night watchman if such still exist.

Police: FOR EVERY PLAN THERE`S SOMETHING TO GO WRONG 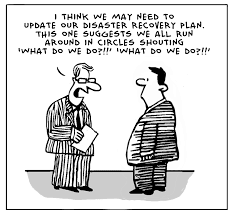 This post is short and as sweet as your taste buds allow. Please click here for government`s plan for magistrates courts. 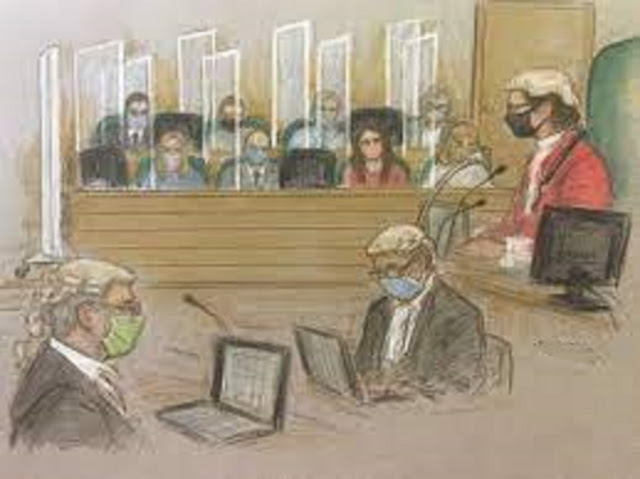 I suppose it could be said that a jury system of sorts in England began during the final year of the reign of Henry II in 1189.  A very interesting history of the jury as a legal instrument in England can be accessed here. In Scotland a jury consists of 15 members, believed to be the largest in the world. The system there of three available verdicts is also unique. Apart from the period of World War 2, an English jury of 12 is the norm and until 1967 a unanimous verdict was required.  That was changed when majority verdicts were first introduced by Section 13 Criminal Justice Act of that year. Covid-19 has changed government thinking on the jury per se as it has changed thinking on many aspects of our lives and customs. The pandemic descended upon us when half the country`s Magistrates Courts have been closed since 2010 as part of a 23% cut in funding.

In the Crown Court there is a backlog of 40,000  trials owing, in addition to restrictions around Covid,  to the...


Switch to Mobile Site
Imported Blog Posts Are © Their Respective Authors. All Other Content © 2015 - 2020 Emergency Shorts