Race to the Bottom? 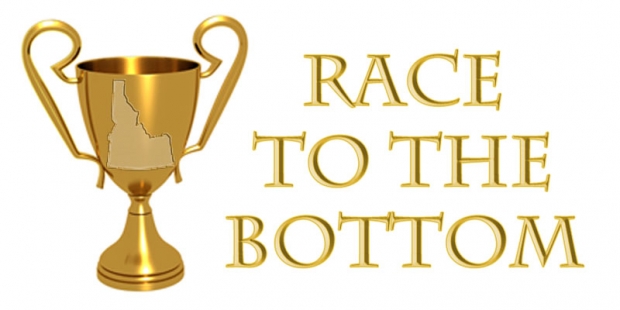 This Monday, 8th August 2016, the Daily Mail published an article by a journalist on their ‘Investigations’ team, called Lucy Osborne. The article was titled, rather sloppily: ‘A law unto themselves. How YOU pay thousands for Police Chiefs’ household bills and private health care – while THEY take up to 64 days holiday’. Being an advocate of justice and a strong supporter of the public sector, I was compelled to read the article. What I found was surprising, given that the author works on some kind of ‘investigative’ brief. A raft of FOI requests had been sent out and then some of the replies had been worked into what tried very hard to be a shocking article. Unfortunately, the author did not understand what she had requested or indeed what information she had received back. I thought it might be useful if I draw together the information people need to make a fair judgement for themselves.

Firstly, lets be clear who decides what the Chief Constable is entitled to. Until PCCs, 4 years ago, it was the old Police Authority – a panel made up of people from local Government. It is true to say some of these panels offered some Chief’s rather attractive terms but this was in the past and this was never the responsibility of Forces themselves. Today, the PCC decides what they will offer to entice the best Â candidates they can to their Force. There are guidelines they must stick within but these are woolly at best and the NPCC has been actively pushing for better guidelines to aid clarity in this area. Despite research, I can find no evidence of any currently serving Chief who has anything in their contract that is out of the ordinary. With that explained, lets examine the main issues the Daily Mail journalist has.

The very first bullet point suggests senior officers are claiming allowances of up to Â£32,000 a year, but this is never mentioned again in the article and I can find no evidence to support it.

The next bullet point says Chiefs are charging removal bills to the public. PCCs will offer a relocation package as an option if a preferred candidate has to move a long way. This is perfectly normal practise and members of my own family who worked for HMIC were offered (and took) similar assistance. There really is nothing to see here.

The next two bullet points dont even try to be facts so I will move swiftly on to the main body of the article. Here, the journalist names seemingly random Chiefs and lays accusations of greed and hypocrisy at their feet. Under a large picture of Phil Gormley, the author tells us he lives rent free in part of a castle – he has a flat in Force Headquarters, his place of work. He actually lives in the same building as his office. The picture of Steven Kavanagh beside him, tells us he claims Â£17,000 on top of his salary. Not the Â£30,000 or Â£32,000 mentioned elsewhere in the article, but Â£17,000 which will include allowances all serving officers who joined pre mid 90’s receive.

The article goes on to say that ‘incredibly, some senior officers are taking up to 64 days holiday a year’. This is patently untrue and in fact, had the author done some research or indeed even read the explanations given to her from several PCCs that I know of, she would have understood that the days off figures given to her include rest days – weekend and Bank Holiday equivalents. All Chiefs are on call 24 hours a day and they will often work very long hours or long stretches without a day off. So their allowance for time off is calculated differently with a guideline suggested by the Home Office of an amount of days they should aim to take off. Some Chiefs take significantly less than the advised number of days. Given that there are 52 weeks in a year, that ‘holiday’ of 64 days suddenly looks rather paltry doesnt it?!

Photos of Justine Curran, Suzette Davenport and Lynne Owens follow with more allegations that, when scrutinised, basically say these women took less holiday and days off than they should have and recieve the same basic housing allowance all officers of their service recieve. Of concern is the fact that Suzette Davenport is pictured three times in the article despite the only information being the repeated misunderstood holiday figures. The final photograph of her is a personal photograph that she had at some point shared via social media. I am sure Ms Davenport is strong enough to weather this, but I note there were no pictures of any of the men in, say, beach attire. I have no idea why a serious female journalist would think this an appropriate addition to her article.

Alan Pughsley, Chief Constable of Kent is next for the ‘how dare you have rest days as well as holiday’ treatment, followed by an inexplicable accusation that he got a rise in pay when he became the Chief. I’m at a loss as to why this is wrong? The article does go on to assert that he is one of the highest paid Chiefs in the Country but does not address the PCC who controls that. It is most perplexing, almost suggesting that it is Mr Pughsley’s fault he was offered this remuneration.

The rest of the article is more of the same, sometimes repeating itself, sometimes looking like it was a very late night cut and paste job. If you look at the online version (this would mean clicking on a Daily Mail link and I am purposefully not putting it here to help you avoid temptation) you will see a quote from Mark Polin of CPOSA, the Chief Police Officers Staff Association. Despite being given a statement, the Daily Mail had to be re requested to print some of it with the article. The full statement can be read here and I find it a fair and reasoned response.Â http://news.npcc.police.uk/releases/clearer-regulations-and-more-transparency-on-chief-police-packages-needed

I asked the journalist why she had not included any statements from PCCs and she said that they had not given any information different to Forces. This is patently untrue, not least because Forces don’t control Chief Officer’s contracts, only PCCs do. My suspicion was borne out when I noted a set of tweets from Nick Alston, the previous PCC for Essex Police. Â <blockquote class=”twitter-tweet” data-lang=”en”><p lang=”en” dir=”ltr”>There’s rubbish in the press about <a href=”https://twitter.com/EssexPoliceUK”>@EssexPoliceUK</a&gt; Chief Constable Kavanagh’s pay. Here is what I said openly in 2013 <a href=”https://t.co/IajCeDFqK2″>https://t.co/IajCeDFqK2</a></p>&mdash; Nick Alston (@NickAlston_cm1) <a href=”https://twitter.com/NickAlston_cm1/status/763019200189399040″>August 9, 2016</a></blockquote>
//platform.twitter.com/widgets.js

Nick asked the author of the article if she had read his report from 2013 – she did not answer him but continued to print allegations about the Essex Chief Constable despite clearly proferred evidence that they were untrue. A short scroll back in his Twitter Timeline will show you a series of tweets from his explaining the facts very clearly. He was ignored by the Daily Mail. In fact, at the time of appointing CC Kavanagh to Essex, Nick posted this to his PCC websiteÂ http://www.essex.pcc.police.uk/news/some-comments-on-the-new-chief-constables-remuneration/ Fairly transparent, fairly open, certainly offering more information than the Daily Mail journalist was able to find despite ‘100’s of FOIs’. She really wasn’t looking in the right places.

In conclusion, if you have a query about a Chief’s remuneration, ask your OPCC because they are the office where the decisions were made. The Force has no control over their Chief’s contract. Similarly, if you don’t like the contract, it’s your PCC who needs to know this. Not the Chief and not the Force. When PCCs were created, the regulations were changed slightly so that they could award a salary plus or minus 10%. It is at their discretion and they must balance attracting good staff in an increasingly diminished pool whilst balancing the severe suffering under stringent cuts. This is the picture today. Much of the bad feeling is actually about the recent past, when Police Authorities were made up of local Government officers used to big salaries and excellent benefits. Those days are Â very much over. We cannot change the past but we can change the future. Kicking any rank for the sins of their fathers is unproductive, negative and amounts to corporate self harm. Everyone in Policing, from PCSOs to Chief Constables, PCs, support staff – everyone deserves cohesive and positive support during these difficult times. Allowing a paper of ill repute to turn rank against rank is a mistake and I hope this blog goes some way to explaining why I think a race to the bottom benefits nobody.

The Good Life: Policing and Virtue Ethics.
Naming Drink Drivers at point of Charge â€“ as discussed by Lincolnshire Police Ethics Panel.
Stakeholder Involvement in Senior Police Recruitment
Wanted: Ambitious Leader for Lincolnshire (must have own car and GSOH)
Race to the Bottom?