It seems that any absurdity you can imagine has already been perpetrated by the Metropolitan Police. Conjure something crazy to mind, and you can guarantee that the Met management have quietly implemented it. 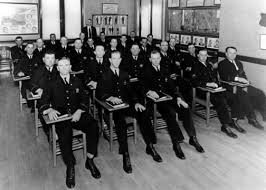 So what's the latest?

Until recently student officers spent their first year, on and off, learning law and procedure. In my day it was a twelve week residential course followed by six months of intermittent courses. We were totally immersed in learning during that period.

And there's a lotttttt of material â€“ I had to absorb something like the contents of a six inch pile of A4 paper. Some people actually failed the exams.

And what is it like today, dare we ask? My friend Steven has recently been through the process at world-famous Hendon.

â€œOn the first day,â€ he told me, â€œthe instructor told the class that they would teach us no criminal law. None.â€Â 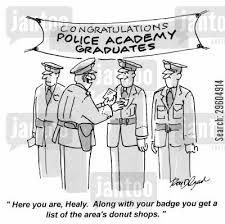 â€œThe first words that came out of the instructor's mouth were - 'we no longer teach you any legislation on this course.'â€

â€œWe weren't exactly impressed,â€ he continued. â€œWhat then followed was weeks on victim care, diversity, and a whole load of other nonsense likely to be useless on the streets.â€

â€œWe were told that as specials we should already know the legislation, even though we were taught less than half of the relevant material in our special training. As a special I worked only two or three shifts each month, and needless to say, I used very little of that knowledge. The staff even admitted that this was poor, but told us 'Shut up and get on with it. You chose to be here.'â€

Steven told me that there is even talk of offering specials direct entry into the regulars â€“ with no extra training:

I would hope that police officers know their powers â€“ that they know when they can and can't arrest, otherwise, really, what is the point? Will we see a rise in arbitrary arrests for made-up offences? By junior officers who aren't sure of their powers?

It would appear that Met senior management have twigged that most applicants are former specials â€“ volunteers â€“ who must have received a rudimentary coaching in the basics of criminal law (theft, assaults, criminal damage), although years before.

Sir Bernard etc have realised that this might be an opportunity to save a few pennies on training. 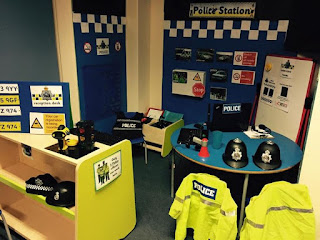 From the point of view of senior management, it makes sense to emphasize diversity and victim care, and de-emphasize the need to know your grounds to arrest.

Arresting criminals is a source of criticism for the senior managers â€“ criticism championed by the media and human rights lobbies â€“ and police bosses cannot abide criticism.

Therefore new coppers are taught to avoid getting hands-on and only stop-search when it can't be avoided. Sir Bernard and his team are desperate to avoid complaints and media attention.

Hence the abundant training in victim care and diversity. It's an arse-covering and craven methodology of police training. It is training with the purpose of winning popularity contests, as if cops are sales assistants.

Even within the mindset of police bosses, a new generation of constables are on the streets now, who have less knowledge of their powers and responsibilities than ever before. Surely this will result in a rise of complaints against the Met?

I've already seen the shift in rank-and-file: the young boys and girls now out there are full of enthusiasm, but they know they'll only stay for two or three years. The pension is poor, they would have to chase drug dealers until the age 67 before they can collect the pension, and their starting pay is less than a waiter.

Under Sir Bernard's Local Policing Model, every team sergeant is actually a constable acting as a sergeant, hoping for promotion, and many are under 25 years old. Last week I overheard one of these acting-sergeants running his team's morning briefing. He seemed more suited to singing in a boy band than leading a police team.

The team spent more time talking about WhatsApp, and the girls and boys they're stalking on other teams via Facebook, than about policing.

And I watched that very sergeant, 24 years old, 'teach' one of his probationers how to stop a car (the police car was unmarked, therefore it's an illegal stop) and search the boot (no grounds, therefore illegal), and the request to the driver was framed as:

What I'm saying is that we're looking at a scary future: management are getting rid of experienced cops from the teams, and replacing them with completely new, cheaper, officers. Although enthusiastic, they are gung-ho, receive little or no training in criminal law, and don't plan to stay more than a year or two.

Incidentally, please don't misunderstand me about specials â€“ we full-time coppers appreciate having a second pair of eyes, hands, and brain on a problem. I personally also enjoy being able to chat with a friendly motivated person from the 'world outside'. They give their time, unpaid.

As for the initial fitness test that new recruits must pass - when I joined there was a running part, and a dynamic strength requirement.

The running involved achieving level 5.4 on the bleep test, and the strength test required pushing and pulling 35kg on a seated dynamometer.

The strength test was discarded a few years ago because it was claimed that it 'discriminated' against women. Well frankly it discriminated against very weak people, which surely is the purpose of a strength test, isn't it?? 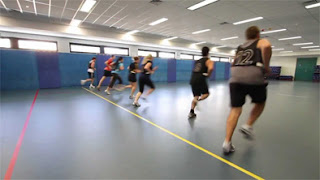 In fact, most females passed the strength test as it was â€“ sometimes after a little coaching. A certain degree of strength is absolutely necessary in the job, for holding on to your prisoner if nothing else.

It's a little disgusting that political reasons prompted the ending of the strength test, to make the job more 'inclusive'.

So, the candidates are now required to do no more than achieve 5.4 on the bleep test. The test involves five minutes of jogging back and forth between two painted lines 15 metres apart. Level 5.4 is no more than a pleasant jog, or a fast walk.

Quite frequently these days I see rolly-pollies, barely out of their teens, carrying their kit to the police cars in the back yard, huffing and puffing. But these pie-eating champions have passed the 5.4 bleep test jog, and are therefore deemed fit for police work.