on the 04th February 2016 at 17:45 - Posted in Police Blog People who work behind the front counter of a police station do it with the purpose of helping people, right? That's ultimately why anybody works for the police â€“ it's a calling, a vocation.Â 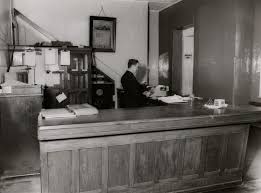 My friend Janine works as a civilian Public Access Officer behind the public counter. She's a compassionate soul and, frankly, a legend.

Like all my police officer colleagues, I've spent many nights working at the public counter. The civilian PAOs only work daytime hours â€“ they can't be forced to work nights. British cops, on the other hand, are not protected by employment law, and are denied employment contracts. So, when this police station was 24/7, the Public Access Officers would clock off around 8pm, and be replaced by one police officer until 7am.

It's a tough job. The queuing public have high expectations, but there is a limit to what we can do for people.

We can't give tourists money for a hotel when they lose their passports and wallets. We can't repair a broken marriage. We can't turn back time and make a person live her life differently, no matter how much she might sob and implore us. 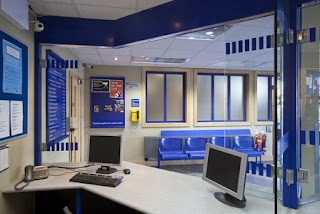 But we are genuinely here to help, and that's also our professional duty.

â€œI have realised that I am an accomplice to insurance fraud. People come here and claim their expensive mobile phone has been stolen.â€

In the past, when people wanted free replacement mobile phones, they would fabricate cock-and-bull stories...

â€œErr, two guys jumped me and took it. There's no CCTV in that alley. No, I have no visible injuries.â€

We wouldn't create a crime report unless there was at least some evidence. Now, however, the alleged victim doesn't actually have to give any explanation at all:

â€œI put it in my pocket, then later it was gone â€“ it must have been robbed.â€Â 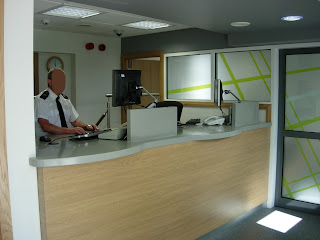 Â
If we're told this, the crime-recording policy obliges us to create a crime report for theft.

â€œThey tell me 'The insurance company said I need a crime reference number', so they invent a theft, and waste half an hour of my time. Each day I probably report ten just like this,â€ said Janine.

â€œI find it upsetting,â€ she continued, "that the whole purpose of my role is perverted by this policy that says we have to believe everything that people tell us. We have to create a crime report even when there's no evidence, and I know they're lying to my face."

The police force is a public service, and some people are ruining it for everyone else.

â€œThese people are stealing our time, and that of the ten other people behind them in the queue. They're lying to us and the insurance company to obtain a free mobile phone. I feel dirty, being used like this.â€Â 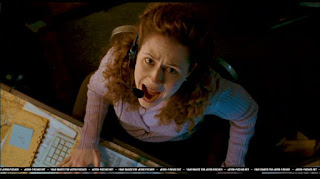 I remember one particular callow youth at the counter:

â€œErr, hi mate. My phone was, err, robbed.â€
His eyes scanned around nervously.

â€œYou want to know how it happened? Um, I was using the phone and a guy appeared and took it. No I don't remember what he looked like.â€Â

I asked him for the phone number then dialled it.

â€œMate, can I have the reference number now? The insurance company have asked for it.â€

â€œIt's in your pocket!â€ I shouted. He quickly left, before I could give the piss-taker an Â£90 ticket for wasting police time.

This crime-recording policy is a perfect example of police management rolling over for the critics. Our managers, and the Commissioner especially, are always looking for a nice pat on the head from the public or the media.

And in so doing, they create inefficiency, wasted time, low morale, and fraud...

The policy exists because there was a feeling that the police under-record crime. Well, now we have a situation where there is vast over-recording of crime.

As a cop, I know that 90% of crimes go absolutely nowhere. After taking a nonsense crime report, like I've described here, an officer's intention is then to shut it down at the earliest possible opportunity. Otherwise he will soon drown in unnecessary work.