on the 20th February 2016 at 18:38 - Posted in Police Blog It was quite a moment when I discovered the Contemplation Room in my old station. Upon seeing the door-sign, I gingerly pushed the door open, and found two PCSOs and a sergeant, with their feet up on the chairs.

â€œShut that door before anybody spots us in here.â€ 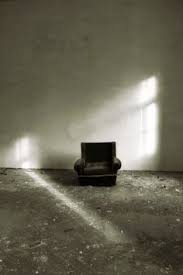 Â
The sergeant said it as if there was shame in taking a breather, in pausing to gather ourselves, and reacquainting ourselves with the fact that we are human beings.

I knew the man â€“ a decent intelligent chap whom I like and respect. Nevertheless, he was as brainwashed as many others in the job â€“ good people who occasionally need a bubble of space and quiet during the day but, within the macho police culture, are ashamed to admit it.

There was no bulb in the light and canteen noise penetrated the paper-thin walls, but still it was a space to sit, read, think. To find a little peace during the police day.

The only such space in the station.

Everywhere else is proudly open-plan, and usually a member of the 'Senior Leadership Team' is able to watch you from where he or she sits.

The sergeant pointed at a handwritten note on a wall: It is against the law to sleep here.

I smiled. Police management seem often to believe they have the power to invent laws. A couple of years ago they were telling constables that it was illegal if we didn't make an arrest at a domestic incident.

Most people, when thinking of a 'contemplation room' envisage a Zen garden, or a simple chamber or chapel. Perhaps a pond or elegant architecture. Certainly a clean tidy space. 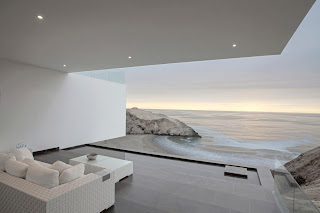 Â
No police building in London has any of these. At least the room didn't smell of urine and wasn't piled high with decomposing paperwork.

I took a seat and blissfully enjoyed a few pages of the novel I always carry in my pocket.

Thereafter I visited the room two or three visits a week, whenever possible. Only once did a manager burst in, interrupting my tranquility.

A sergeant with the shoulders of a bull, but the height of a labrador:

â€œJust looking for an idiot on my team. I've searched the canteen, and he's obviously not here.â€

It was only then that the bull-labrador realised there was muslim in the room, prostrated across his prayer mat. He gave a grun and allowed the door to bang shut.

Over the next few weeks I began to occasionally cross paths with the others who used the contemplation room. They were all either Muslims, most of whom were pleased to discuss their faith, and quiet atheists like myself, there to enjoy a moment of peace.

We would make eye contact in the corridors, smile cautiously and give a little nod. Signals between human beings who understand that, unlike most police officers, we shared something â€“ an appreciation of an inner life, a world of the mind or the spirit. 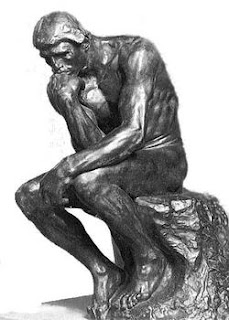 Â
Eventually I was moved to another station where it took me months of searching to find the contemplation room. the problem was that the door was locked.

Where was the key?

I drew a blank.

I even asked my inspector, who replied:

â€œLet me know if you find the key. I'm looking for somewhere to hold meetings, or to put the filing cabinets. What the hell do people need with a 'Contemplation Room'?"

Having almost given up, I noticed the contents of a drawer in his spare desk:

A large bunch of keys.

The next time he wasn't at work, I wandered in and borrowed the keys. And at the third key...the door clicked and swung open... 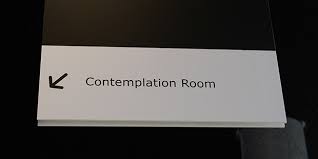 The room was a space barely larger than a cupboard, the only contents being a shelf with a Bible, Koran and prayer mat, a few rat droppings, carpet stains and a mouldy coffee mug. Still, it would be large enough for me to stretch and have a little sit down. I transferred the key to my house keys, and replaced the bunch back in the inspector's office.

I use the room from time to time, and I'm undecided as to whether I should create a copy for general use, or keep it for myself. The issue is that I do not want the only peaceful space in the station â€“ a room supposedly designated for prayer and thought â€“ turned over for meetings and storage.

The space should be used for prayer and contemplation! Cops are people, and people are entitled to somewhere they can decompress, sit and think. Or even pray, if they're religious.

Perhaps not everybody wants to work through their lunch, continuing to tap away at their keyboard while forcing a sandwich into their mouths...