Great Britain in shock over murder of two unarmed policewomen

written by Old Plod of Plympton 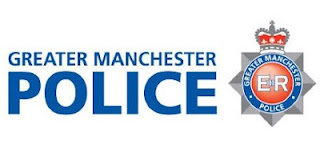 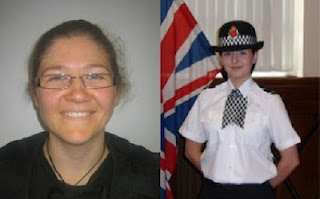 Officers serving with Greater Manchester Police have said they have been overwhelmed with the support shown to them after the killings of two much-loved colleagues.

They said the force had received some 25,000 entries in its online book of condolence plus 19,000 messages on Facebook and 1,000 received via Twitter after the deaths of PC Nicola Hughes (23 and pictured right) and 32-year-old PC Fiona Bone.

As reported on PoliceOracle.com both officers, who were unarmed, were shot dead as they responded to a report of a burglary in Hattersley on September 18.

A number of shots were fired and a grenade was also used during the attack. PC Bone was killed at the scene while her colleague died later in hospital. Post mortem examinations have since concluded that both died from gunshot wounds.

A short time later, 29-year-old Dale Cregan surrendered himself at a police station in Tameside. He was arrested on suspicion of murdering the officers as well as two other men, David and Mark Short, in earlier separate incidents.

A minute silence was observed across GMP on September 19 exactly 24 hours after the killings. Football players also wore black armbands during their evening matches.

Chief Constable Sir Peter Fahy said he had drawn comfort from the huge support that the force had received from police professionals and the wider public.

Sir Peter told reporters: â€œOur main priority at the moment is to do everything we can to support the families of Nicola and Fiona, who have an incredible amount to come to terms with. Our thoughts remain with them.

â€œThe whole force is devastated by the deaths of Nicola and Fiona, but to know at this difficult time that the public supports what the police do and feel so strongly about the sacrifice of these two officers, is hugely important to us.

â€œOur investigation into these two deaths is ongoing. We will continue to ensure that anyone that was involved is brought to justice for what they have done.â€

In the latest updates on the murder probe, the force confirmed it had been granted additional time to speak to Cregan, who will stay in custody until September 22.

The force has also said that a 28-year-old man arrested on September 19 in the Hattersley area on suspicion of conspiracy to commit murder is still being questioned.

In addition, police are investigating the circumstances around the original call to GMP to report the crime the officers attended.

Postscript: Dale Cregan appeared in Court today, Friday 21st. Sept charged with murdering the two officers and with two additional murders. He was remanded in custody to appear again at a later date.