I am a police officer

Since I joined the Police, way, way back then, I have learned much and performed many, many roles. Some of them easy and some of them not so easy.I have been:a marriage guidance counseloran acting veterinary nurse,a teacher,a babysitter,Iâ€™ve listened to advice from knowledgeable and experienced people,Iâ€™ve also listened to advice from people who do not have a clue what they are talking about,Iâ€™ve been an odd job man,a translator,a wrestler,a boxer,a fight referee,a vehicle repair engineer,a traffic controller,a dog catcher,a nightclub doorman,a member of the sprint detention team,a person who delivers unfortunate and unwanted bad news,a person who sometimes delivers good news,I have entered with a key, without a key through an open door and sometimes kicked or forced that door that prevents entry, a writer of fact,a listener of fiction,I have been a cook,an arbitrary decision maker,a companion,I have not told lies to cover someone elseâ€™s backside,I have been a friend,a plan or map drawer,a walking encyclopedia,I have seen over-promotion for strategic credibility instead of policing credibility,I have seen countless guidelines and recommendations ignored because it suits someone elseâ€™s agenda,I have been a good Samaritan,a walking street-map,a local information centre,a medic,an emergency plumber,I have been spat at, punched, kicked, head butted, verbally abused, had things thrown at me or been threatened with a bladed instrument ( formerly a knife), I have seen many fine officers frustrated by those who appear to have forgotten that they were once a 24/7 police officer.I have been a taxi-driver,an unwanted guest,a welcome guest,a listening ear,a mind reader,I have walked many a whole night shift in the freezing night air, in the pouring rain or in the humid, sweltering muggy heat dressed in a uniform that was not suited to allow me to do some of the things I expected to come across,I have been a surrogate and temporary parent,I have been someoneâ€™s worst nightmare,I have been someoneâ€™s saviour,I have seen someone take their first breath as well as their last breath,I have been a one man cordon,I have been one of a small group against a far larger group,I have been very, very, very patient, tolerant & understanding,I have been considerate, restrained and hidden my true feelings,I have been accused of being a liar 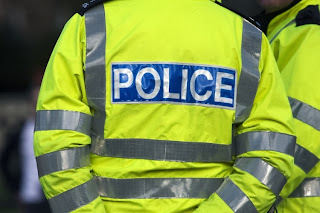