Crime is an issue that each and everyone of us will come into contact with at some point in our lives. We may be a victim, a witness to a crime, or simply know someone who has been a victim of crime. Crime fighting and public safety is a primary role for the Police Service and I have experienced first hand negativity when a suspect is released without charge, walks away from court, or a reported crime cannot be progressed due to factors outside of police control such as lack of evidence.

This post has been inspired having heard someone saying “There is no point reporting it as the Police do not give a [CENSORED] and nothing will happen”. This statement requires no explaining but in my opinion is a view shared by many members of the public and this statement could not be further from the truth! Yes we may not be able to deploy a full forensic team to every offence reported to Police but we still need to know what crime has taken place (even if you think we are not bothered). My colleague in West Midlands Police Pc Richard Stanley explains why in his well written Blog that can be found hereÂ http://pcstanleywmp.wordpress.com/2012/08/17/weve-got-a-file-on-you/ 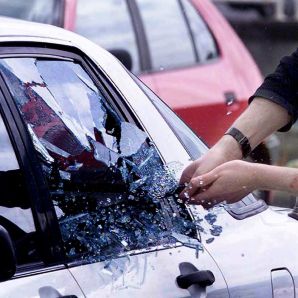 Crime affects us all. We may not all be victims but we are all affected by increased car and household insurance, the sadness when we see TV appeals following death, or other similar situations.Â I try my level best to make every contact with the public a positive one. To me community relations are important and I will tell you why.

I have dealt with thousands of people during my policing career. One of my roles was on a neighbourhood team where I worked in a very diverse community. There was a very high number of people who due to previous experiences with police or policing cultures in their Country of origin simply did not trust or refused to engage with me. I faced occasions when conducting door to door enquiries where people would see Police at the door and simply ignore me. I identified witnesses to offences, some very serious offences but they would not talk to me, not even to answer questions without giving their name, and this made my job very difficult. If I am completely honest this resulted in people who would have been convicted escaping justice because we could quite simply not secure enough evidence to proceed.

The British Police however have historically pushed communities away. Evidence of this can clearly be found in the Scarman Report of 1981 following the Brixton Riots. I am pleased to say that since then the Police have made very very good progress with building links with the community. This vital work cannot be done without co operation from our partner agencies that include Local Councils, Social Services, Housing Associations, Community Groups, Local Businesses, Health Care Professionals and most importantly the public themselves.

The public quite rightly expect a good service from the Police. They deserve a peaceful and crime free community to live in. We the Police try our level best to provide this and this is where we need help from the community we serve. 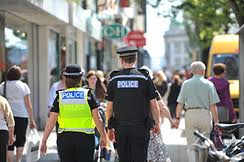 I am now going to mention two very good incidents of community assistance that most certainly helped Police to do their job and secure convictions, and I pick these two as you will see how serious the offence was and get to understand why I talk about the importance of communities helping Police.

Scenario 1 – A man had been tragically stabbed to death in a town where I used to work. Police were stuck and had very little investigative leads to follow up meaning the offender was still at large. A Pcso who was on foot patrol in a predominately anti police area (who had built up a brilliant rapport with her neighbourhood) had stopped to talk to a local youth who was very anti police. During that conversation the youth said something that instantly clicked with the Pcso. After this conversation the Pcso spoke with the Detective Inspector leading the investigation and later that day a man was arrested and subsequently convicted for the murder. He remains in prison to this day.

Scenario 2 – (One of my own) Whilst out of foot patrol during a major football match I came across one of my local youths who was not of a fan of the Police. He was having his head stamped on by a man who I rugby tackled and subsequently ended up fighting with. This victim would not provide a statement to police as he “hated us” but he agreed to speak to me as he trusted me. To summarise he did end up giving a statement after I explained I needed his help to do my job. Being careful what I type now to protect victims families, as a direct result of that arrest and the obtaining of the offender’s DNA he was identified as being the offender in a number of outstanding serious sexual assaults and a very high profile murder that had appeared on the BBC Crimewatch program. This was a very nasty person who will remain in prison for the rest of his life. Investigating officers had a strong held belief that this man would certainly re offend. Now he is behind bars! 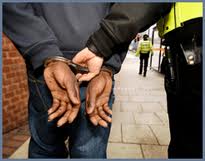 My colleagues and I cannot serve the community without help from those that we serve. I think my point is proven in the two scenarios mentioned above. WITHOUT that community assistance (even if in Scenario 1 the youth was not aware of the importance of what he said) those two offenders could still be walking the streets.

There are many ways in which you can help your local police to make your community a better place for all:

Many people are for a number of reasons uncomfortable talking to their local police and we as the police understand this. If you would prefer to speak in confidence to an independent non police organisation you can call Crimestoppers on the above number.

You can speak in confidence and if you do not wish to you do not have to give your name or address. In some cases you may receive a reward for your information.

I am more than happy to answer any questions that you may have and you can ask them by adding a comment to this post.

Please remember and I say this on behalf of my colleagues across the world, to help you create the safe community you deserve we need your help!!

Thank you for reading.