on the 09th July 2014 at 19:21 - Posted in Police Blog
Spamford Police have come out in support of Staffordland Chief Constable Richie Cunningham who states that there is no evidence that the decrease in police numbers is anything to do with the increase of assaults on police officers.
During a 30 minute stand up routine, Richie entertained the audience with some classic ACPO comedy including;
'There is no evidence to suggest single crewing is something which leads to more assaults because very often, in forces who advocate single crewing, there are all sorts of other risk assessments put in place and the equipment and training is far superior to what (officers) had previously.'
And the hilarious,
â€œWe should always remember that when people signed up to be police officers, they signed up to do a job that does carry risk. Indeed for some people that is part of the attraction.'
Response officer PC Ralph Malph agreed by saying' I enjoy turning up single crewed to pub fights and getting punched. It's something I have wanted to do since I was a little boy'.
Officer welfareremains a priority for Spamford Police and from the safety of his desk ACC Jasper Smallcock said,
' There are inherent dangers in policing and but we have duty of care to keep our officers safe. A comprehensive safety guide has been issued to everyone who works in HQ as they are the most important people in our organisation.'
'Papers cuts, stapling your thumb, temporary blindness from the photocopier and being knocked over by a stampede towards the exit at 1600 everyday (1500 on Fridays) are just some of the issues we are training our staff to deal with.'
While most people would consider that officers most at risk would be those in confrontational roles, that is not always the case.
Mr Smallcock explained ' In the wrong hands a hot latte can be a lethal weapon'.
Overall crime in Spamford continues to fall and is unlikely to exist by 2017. 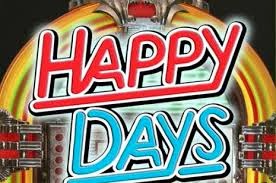