CAMERON OR JOHNSON; WHAT`S THE DIFFERENCE? 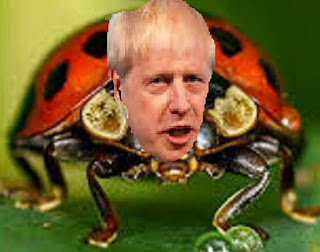 All those interested will have by now made up their minds whether or not our newly enthroned prime minister was showing “leadership” or being unwise in speaking out in support of “tough” sentencing. My own opinions on his and David Cameron`s similar comments and particularly of the Sentencing Council`s tick box structure have been mentioned here on more than one occasion. Cameron when PM revealed, perhaps without too much forethought, his thinking processes on the Sentencing Council.  He is quoted in The Telegraph at the time  as saying,
“My mum was a magistrate for 30-odd years and you don’t go on being a magistrate just reading the handbook and working out exactly what sentence is handed down. You respond to local circumstances, to the sense of right and wrong in that community.”
And that is precisely where the dispute in current sentencing now lies. For some years we have been told to do exactly that which is on the tin or top cover if preferred; read the handbook [guideline] and work out exactly the sentence. The tick box analogy is perfect. Now Johnson wants us to respond to local circumstances when he is well aware that his government is bent in removing “local” from such services as far as justice is concerned.
Politicians are like ladybirds; they never change their spots, some of them have a nasty bite and they fly off and leave the scene when disturbed.

MOMENT OF RESPITE
CORONA VIRUS: A WONDERLAND OF FINES & FIGURES//ROLL ON EASTER
J.P.s ON SUPPLEMENTAL LIST
HOW EXCEPTIONAL HARDSHIP PLEA IS ABUSED
RICHARD PAGE : THE SAGA GOES ON