RICHARD PAGE : THE SAGA GOES ON 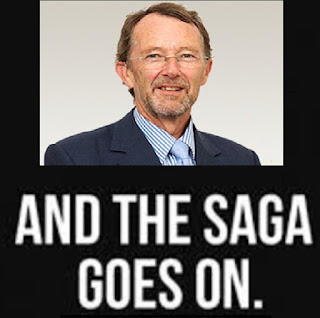 No individual magistrate has figured in this blog more than Richard Page ex J.P.  Perhaps when the matter of judiciary and religion is discussed few will have heard of him  and that is shameful because his sacking as a magistrate shames us all;  believers and non believers alike.  In order to appreciate fully the current state of affairs it might be helpful for interested readers to read the posts on the following dates:- 18/3/16, 29/3/16, 13/4/16, 1/8/17, 15/2/18, 1812/18, 7/1/19, 21/6/19 and 19/7/19. For speedier but not chronological access type Richard Page in search box.  Last Tuesday his case reached the Court of Appeal. It is likely that he has expended considerable sums to date on his claim that he was discriminated against in being sacked from his position on the bench for his Christian belief and for no other reason.  He is a  father of three and has fostered five more children.  In 2015 told the BBC, "My responsibility was to do what I considered best for the child and my feeling was therefore that it would be better if it was a man and a woman who were the adopted parents". He was also suspended as a non-executive director of the Kent and Medway NHS and Social Care Partnership Trust. The bottom line is that according to the required process he was sacked because he made his view public without telling officials.  Last December Lord Justice Underhill is quoted as saying, " the removal of a magistrate for making a public statement raises issues of public importance and sensitivity."  That is the official line.  In the last decade ever more numbers of magistrates have made public comments about personal and legal matters in all media.  So the essence of his actions i.e. his reasoning behind his decision making, according to officialdom, had absolutely nothing to do with the matter. He who believes that must also believe that there really are fairies at the bottom of their garden.   Of the dates above I would suggest for further comment the post of 13/4/16 be studied.  I cannot but believe that if it were a Muslim J.P. who was treated similarly there would be outrage from all the usual quarters but for a Christian: silence.  I must conclude as a non believer that the tail of legal wokism  is wagging the brain of the British legal bulldog.  Recent events surrounding the appointment in America of a new judge to the Supreme Court lead me to think that similar is going on beneath the horizon in this country.   The Muslim population of England and Wales is around 4.8%. It is ethnically diverse – 68% Asian (1.83 million of 2.71 million) and 32% non-Asian. 1 in 12 is of White ethnicity (8% of the Muslim population).  Judicial statistics do not require the religion of office holders to be stated; only whether an individual is of Black, Asian and minority ethnic (BAME) origin. Sooner or later this apparent concealment of religion will have to be questioned.  Notwithstanding the verdict in the Appeal Court re Mr Page the influence of religious belief on bench decisions must surely now be questioned.