THE KING OF THE WORLD AT NUMBER 10 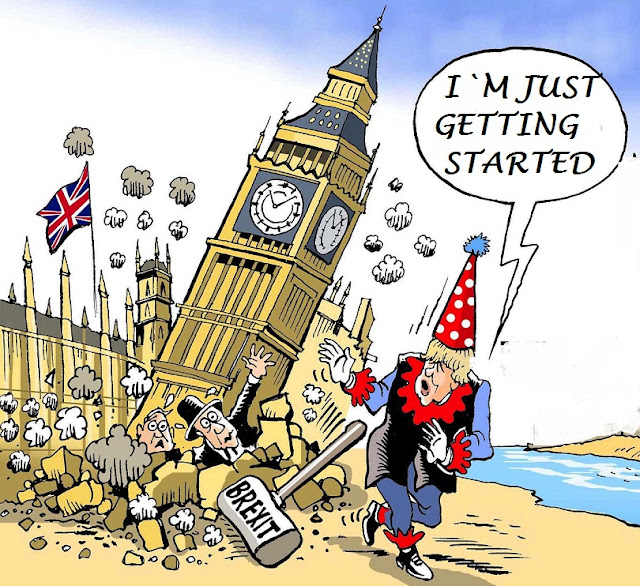 Since 1945 the Chancellors of Germany have been significant in the development of this country and its relationships with mainland Europe.  From   Konrad Adenauer (1949–63),  Ludwig Erhard (1963–66), Kurt Georg Kiesinger (1966–69),  Willy Brandt (1969–74),  Helmut Schmidt,(1974–82), Helmut Kohl (1982–98),  Gerhard Schröder (1998–2005) to Angela Merkel (2005– 2021) the last named perhaps more familiar than the others owing to her historical proximity and her distance from the ravages of 1933-1945. It was 2014 when despite the entreaties of the then prime minister David Cameron she refused to concede to him some very simple even basic steps to enable him to tell the British electorate that this country had secured at least a token of independence from some of the strictures imposed by the European Union. And this inability to negotiate a get out of jail free card begot the referendum and the referendum begot a most divisive fissure in the British political system in the post war era. The current government with its huge majority, led by the man who would be king of the world, has since 2019 tried to usurp the will of Parliament only to be stymied by the decisions of the Supreme Court. More than once he has conveyed his opinion that the Court was interfering in what were political decisions.  It seems that the new Lord Chancellor following in the footsteps of his master like a well trained puppy has expressed his master`s voice in that " A  'mechanism' to allow the government to introduce ad hoc legislation to correct court judgements that ministers believe are 'incorrect' will form part of proposals to reform the Human Rights Act".  Whilst such UK enacted legislation might not necessarily be to the detriment  of UK citizens he made clear that "Where there have been judgements that, albeit properly and duly delivered by the courts, we think are wrong,(my bold) the right thing is for Parliament to legislate to correct them."  This intention is nothing but the first tentative footstep to disavowing the very basis on which this country is governed; ie by the rule of law where no person, organisation or political party is above the law.  In some respects this would be unelected king sits in Downing Street largely because his 2019 opponent was an antisemitic Marxist whom the nation rightly rejected.  Imagine for one moment if he were in number 10 and his  Lord Chancellor the equally antisemitic.........oops anti Zionist Marxist Richard Burgon were to have made such a declaration.  There would have been outrage but the Tory press and a supine Cabinet have remained largely silent. The Prime Minister tries to disguise this whole charade by exclaiming that this process will restore the rights of Parliament. To be polite this is poppycock in my opinion. The earliest signs of an authoritarian regime  or one that is progressing along that road is to enact legislation to insulate itself from criticism followed by active steps to control and finally eliminate that criticism.  From Attila the Hun to Adolf Hitler via Genghis Khan and countless others the same formula is followed to ensure obedience to rule by decree; hamstring the judicial system and cow the judges.  A brief glance at the situation in Hong Kong over the last two years provides an example of how quickly the rule of law can be subverted to the rule of political authority.

What these proposals are of course intended to do is to further insulate the executive organs of the state from the burden of complying with the law, as of course put in place by, err, Parliament.  With Parliament and particularly the House of Commons enjoying a brief period of respect after the murder of one of its own there is no doubt that those who enabled Johnson to his present position are first and foremost tasked with securing their own and their party`s re-election.  Until and unless Her Majesty`s Loyal Opposition is capable of providing an alternative we might in the next couple of years look back at 2016 as the worst event since 1939.

PRESS DEPT. COSTS AT MINISTRY OF JUSTICE
STATISTICS AND A SOCIETY UNDER STRESS
JUSTICE EVAPORATES WITH 8 JUSTICE SECRETARIES SINCE 2010
STOP AND SEARCH; THE FACTS
MAGISTRATES` MAJORITY GUILTY VERDICT