THE JUSTICE GAP FOR THE HAVES BUT NOT THE HAVE NOTS 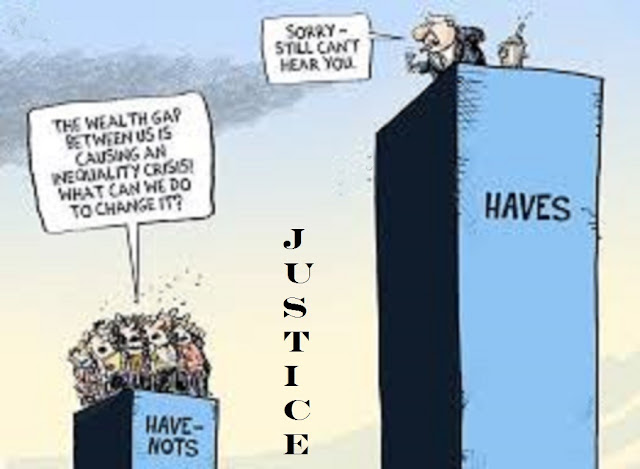 It seems apparent that there can be few people actively involved in the justice system who are not totally convinced that the parsimony of  Tory governments over the last decade has not led to a permanent decline in the efficiency of and confidence in  that system.  What was often considered a beacon of our society and an example to many other nations is now a mere shadow of that former glowing reputation. For individual low level offenders the chances of receiving a true and just pathway through the jungle that is often "the system" seem to be reducing year on year.  Many millions of defendants have been prosecuted through the Single Justice Procedure since its inception in 2015. Indeed in 2020 alone the number was 535,000.  As far as I am aware there are no verified statistics of the conviction rates through the SJP but it is acknowledged by the Ministry of Justice that over 70% of defendants do not reply when summoned through the system and are automatically convicted. The chances of a defendant being eligible for legal aid when facing trial at a magistrates court have been steadily reduced over this same period owing to the miserly rates of pay offered to solicitors for undertaking this work. And to rub salt into the wounds inflicted on those acquitted in court no costs are reimbursed for any legal fees paid to those legal practitioners who have helped secure that not guilty verdict for their client. So there really is one law for the rich and pot luck for the rest.

At another level it seems that the legal system is anything but equal for all. There is one law reserved for the prime minister when it suits his purpose.  The then adviser on ministerial standards, Sir Alex Allan, last year found Ms Patel, Home Secretary, had not always treated civil servants with “consideration and respect” and in a report published last November he said  the prime minister himself had breached that self same ministerial code in order to keep Ms Patel in post.  Boris Johnson had ignored the advice that she should be removed and this week the High Court agreed with him contrary to an appeal by the FDA union. Considering that the plaintiff himself was at risk of being accused of the self same charge it is difficult not to consider that perhaps other senior judicial figures might have altered the balance of those angels dancing on a pinhead.  With such success under his hat Johnson has now felt emboldened to let ministers throw out legal rulings. He has castigated judicial review in the past when his wishes were thwarted over Brexit. Like the civil war over parliament and the king`s authority we now have war drums sounding an impending battle between an elected government and an unelected judiciary. This is surely and incontrovertibly a process informed by history when an underlying proto fascist philosophy begins the journey to realise its ambition by morphing from right wing conservatism to right wing authoritarianism.
With the Meghan Markle aka Duchess of Sussex case settled in her favour for now it is apparent that so called privacy has been given primacy over a public right to know and when that privacy is that which invariably surrounds the high and mighty rich and famous, justice and knowledge for Joe Public is an ever decreasing commodity.

Most of us will not have any of our decisions taken to judicial review nor be subject to Appeal Court rulings on our right to privacy but we stand a reasonable chance over a lifetime of being summonsed to a magistrates court. And now two simple facts: In the last decade 164 magistrates’ courts closed out of 320 (51%) and that sale of court buildings raised at least £223 million to the public purse.  Was that a worthwhile choice? Half the country`s magistrates courts closed for a measly £223 million. Burton Magistrates Court closed almost four years ago.  It`s sorry financial tale since then can be accessed here. I doubt but there are many similar stories to be told but of no interest to those who have the wherewithal to send  a privately funded lawyer to represent their interests when required.  This is called the justice gap.