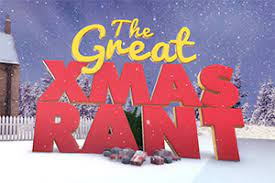 This time last year I posted inter alia that I was looking forward to the imminent arrival of a vaccine for all which would relieve most of us of the worry, torment and financial insecurity caused by Covid 19.  I commented also on the divisions in our society exacerbated by Black Lives Matter and the speed at which even the most outlandish theories can circle the world via social media and this was before most in this country had ever heard of QAnon and the invasion and deaths at the Capitol in Washington DC  were still two weeks distant. Since then we have had a new Lord Chancellor installed who seems to be more loyal to his political master  than to the concept of justice.  That should be of little surprise considering that that master so obviously puts his own position personally and politically ahead of that of the nation he is supposed to lead. Currently we face a further lockdown caused for the most part by a government that refuses to take strong measures against the so called antivaxers; fanatics who against all reason are blackmailing the rest of us into further restrictions.  By the simple expedient of imposing restrictions on those not double vaccinated hotels, restaurants, hairdressers, gyms and similar venues could serve customers in an atmosphere where they could reasonably be assured they were unlikely to be in contact with a Covid 19 infected person at the next table or chair or treadmill.
On the plus side at least with the lifting on fine levels Premier League footballers, when their driving habits are illegal, are being hit in their pockets  at a level which reflects their financial status.  However notwithstanding that example it seems endemic that the MOJ in concert with the Home Office considers that the road to reducing crime is to increase sentences.  Criminologists and others know full well that that approach is a little bit like closing the stable door etc.  Prevention, detection and rehabilitation pursued expertly are the best way to  be tough on crime and tough on the causes of crime  as espoused in 1993 by Britain`s answer to Ronald Reagan.
Whether or not this time next year we will all still be bedevilled by this virus is beyond an individual`s control but collectively we can help by calling out dishonesty in those and others on our behalf who make those decisions.  Whoever you are and wherever you live I thank you for using some few minutes of your precious time in reading this and perhaps previous outpourings.
Be healthy and wise and wealth in some form will be yours.