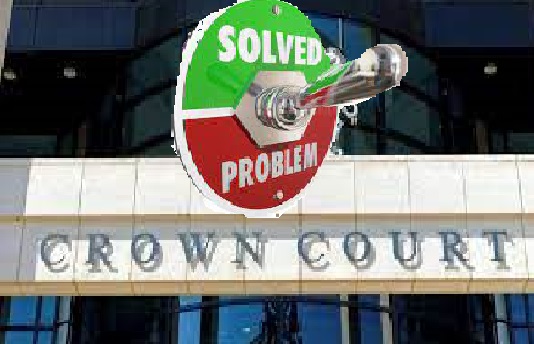 The issues of anything to do with magistrates are usually not headline making nor worthy of headline making........until recently.  No judicial voices were heard in the last decade crying out against the two thirds reduction in the numbers of magistrates from 2010 a reduction that was entirely predictable considering the age profile of those in 2010 and a government policy of non recruitment thereafter.  Now there is a headlong drive by the Ministry of Justice to enlist no less than 4,000 new magistrates to join the current cohort of twelve and a half thousand. One doesn`t need to be a Nostradamus to appreciate that within a year or less a quarter of those on the bench will be novices. One unmentioned result of this inexperienced influx will be that legal advisors will hold sway to an unhealthy level of magistrates` decision making. The ability of benches to take an independent view of a situation will be funnelled into the mindset of paid civil servants who should have no business except that of ensuring that benches` processes fall within the law. Their opinions on fact are outwith their raison d`etre. Their opinions on sentencing should be confined to overseeing that a bench follows the lawful structure contained in Sentencing Guidelines.  From my own experiences there is certainly a number of advisors in every court who exceed those boundaries. It takes a strong minded presiding justice to impose the will of a bench when a legal advisor has a mind of his/her own to impose an alternative view.  With 4,000 newbies it is a certainty that the diminished number of old hands on a bench will face increasing pressure from their novice colleagues not to oppose legal advisors when opposition is exactly what is and will be needed from time to time in the future as it always has been in the past. One overlooked fact is certain: professional district judges are not selected on the basis of being  representatives of their area although they preside alone over about a quarter of cases. So there are and have been two forms of magistrates courts; a supposed court of "representatives"  and another of a government paid professional judge selected only for his/her abilities to do the job.  The propagating of "diversity" in the magistracy is a distraction.

The other headline maker which has many in the legal world finding the discomfort when their knickers are in a twist is the extension enacted this week of magistrates courts` sentencing powers. Offenders agreeing to either way matters being tried at the lower court face the possibility of a twelve month maximum custodial sentence; double the previous limit which has held sway for many decades. The Ministry of Justice as usual with its overpaid coterie of a press and public relations department has been quick out of the blocks with its gung ho press releases the headline of which from its point of view seeks to alter the basis of argument to its own agenda; "Magistrates to help tackle backlog as sentencing powers doubled."  In short the MOJ seeks to imprint on our feeble minds that the backlog of crown court trials will be reduced.  That is rubbish.  In March the House of Commons Committee on Public Accounts reported, with recommendations to government. The Government had two months to respond.  In the Report amongst its conclusions was written,

"The number of cases in the Crown Court waiting to be resolved has nearly doubled since March 2019, from an all-time low of 33,290 to 59,928 cases in September 2021. Since March 2020 alone, the number of cases waiting longer than a year has increased by more than 340%. The Department’s plan is to reduce the backlog by less than 7,000 cases, to 53,000 by March 2025. We remain unconvinced of the Department’s intentions to reduce waiting times in the Crown Court, given the slow pace of recovery. In January 2022, after we had taken evidence in December, the Department announced that magistrates will be able to hand out longer prison sentences. The Department expects this will reduce the number of cases that magistrates need to send to the Crown Court for sentencing."
Note that the Committee itself does not endorse the MOJ conclusion; it just repeats it. The prime reason for the delays at crown courts was the government`s own decision to reduce the number of judges` sitting days to reduce costs. In addition there has been a known reluctance to appoint the required number of new judges; again cutting costs having been the reason.  There are c120 full time District Judges sitting in magistrates courts and around 160 Deputies. It is estimated, although hard facts are difficult to obtain, that they sit on about a quarter of all the trials at magistrates courts. Thus they will be judge, jury and sentencer all in one; a situation which is likely to exacerbate the rancour of the more libertarian defence advocates. Currently about 4% of all offenders at magistrates courts receive an immediate custodial sentence. It is beyond any shadow of doubt that the numbers of appeals at crown court against sentence will multiply.  This will further take up time of judges and recorders away from their prime purpose. In addition many more defendants will take the opportunity to elect trial at crown court on those either way offences where their lower perceived risk of being found guilty is confirmed by statistics.

To sum up; apart from some magisterial bigwigs crowing about their new status there is absolutely no requirement or argument to suggest that the increased sentencing powers will do anything to reduce the backlog at crown courts.  It is nothing less than a cynical effort to demonstrate that the "government is doing something" to fix a problem it itself created.