Gadget Lives On - The iPhone Resolution 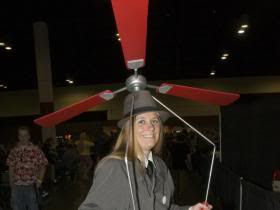 Inspector Gadget
We may have seen the demise of one Gadget but, for the police, gadgets are still being used to great effect in the fight against crime. Millions of pounds have been spent on new technologies that were supposed to support the police in their operations. Tackling organised crime can be very expensive involving mobile and static surveillance, listening devices, tracking devices. Etc. But in the case of tracking down offenders there is a much simpler method, which is freely available, and sometimes more effective than the latest secret technology.
The iPhone resolution started about 3 months ago when a clever DS from a Metropolitan Force was working on a case of online fraud. The hard work had been done preparing the case and they were ready to arrest the suspect but had no idea where he was. They did however have his mobile phone number.

The DS had been using an App to keep tabs on his teenage sons whereabouts. He decided to try and use this to locate the suspect. He simply asked the fraudster for his location via SMS using a free App. To everyone's surprise, the fraudster fell for it. Within seconds, the application revealed his location. The suspect was in the city and in custody within two hours.
The great thing about using Apps is that they do not need a warrant or RIPA and they can save hundreds of hours of officerâ€™s time. A number of forces have now used them to trace wanted suspects and offenders and the trend is growing fast. Some Apps need to be pre-installed on phones and forces download them onto offenderâ€™s phones when they are arrested and in custody. If they subsequently fail to appear or are wanted for another offence they can easily be located. Suspects cannot remove the Apps, which are hidden anyway, without a pass code. The great thing about the App the DS used is that nothing needs to be installed on the suspects phone. It will work if you know the number and they respond to the SMS.

The Apps offer other possibilities too. They may assist tracking down missing people or identifying where drug dealers are operating, for example.

To assist with arresting wanted suspects some police officers are being issued with iPhones with pre installed Apps, including the one used by the DS, which is the Where Are You App plus Google Maps, a Pocket Flash Light, a Police Radio Scanner, a Traffic Alert App, a UK Police Reference, and last but not least for those long stakeouts: A free version of Angry Birds Space.
Gadget lives on after all!