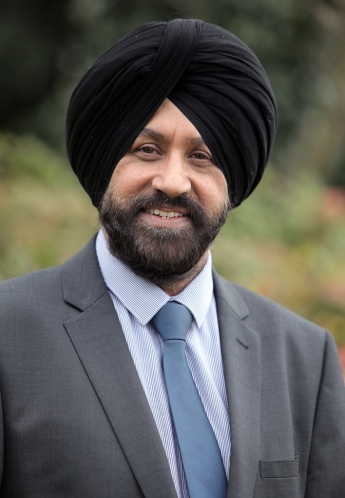 Jas Parmar is seeking the Conservative nomination to be the Police and Crime Commissioner in Bedfordshire. If you are intending to stand to be Police and Crime Commissioner where you live, you can submit your own Candidate Statement, so get in touch at [email protected] â€“ Others are on the way, and we are looking for 400 words, a photo (of you!) that you have rights to, and preferably an imprint, which will be needed for the formal election period later this year.

Jasbir (Jas) Parmar has announced his intention to stand for the position of Police and Crime Commissioner in Bedfordshire. Jas, is a former police officer who served for five years in the Met Police. He was elected to Bedford Borough Council in 2006 after defeating the Labour group leader and in the 2010 general election he stood as a candidate in Warley. He is involved in a number of local and national organisations and brings a wealth of experience in policing, business and public service.

He said,” I am putting myself forward because I bring a range of experiences from variety of backgrounds which I believe will ensure I am an effective Police and Crime Commissioner. I understand policing at grassroots level and I am aware of the expectations of the public and the ability of the police to meet those. As a businessman, I have a good understanding of budgets and finance and I will ensure we make better use of money by targeting re offenders and the use of technology to prevent and detect crime. I will engage with the public and the communities to ensure that they play an important role in policing in their local areas and will keep them and victims of crime informed of the progress made to combat crime.”